Showing posts from August, 2008
Show all 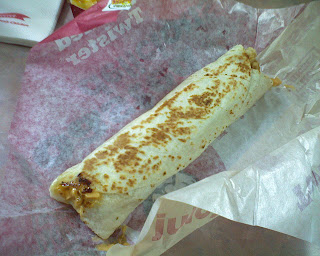 
So if you planning to spend the money on toasted twister, I will suggest you buy snack plate lah...
Post a Comment
Read more

The Chronicle of Creative Zen Micro - 2 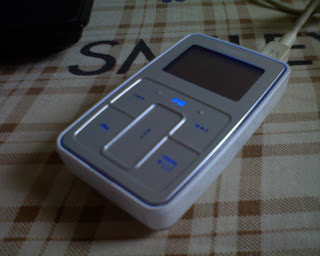 Finally, this baby is back!

Oh yeah... After the surgery, I actually didn't go and look for the CF card, instead, I sent this fella back to the C2O Corporation, the Creative service centre at Endah Parade, Sri Petaling.

The reason is simple, since I might be spending the same amount of money on the CF card 'which' might NOT be the main problem that cause that fella to fell sick, so I better pay that money to the one who can really fix the problem.

After back to hostel, I tried updating firmware, transferring songs etc. JILAKAT only now that I realize the sync thingy in new WMP is the same as the ver-10, just that I need to do some settings only. JILAKAT Stoooooo000o0o0o0o0pid!!!

So now I filled up that 6Gb fella with loads and loads of songs!!!

And now I need to empty up my HDD to send to Wang Ulu to get new stocks... Haiz... Lappie also almost full ady... Nee…
1 comment
Read more

She's at KB now, makes me surprise like shit!! Why everyone is at KB when I already away from KB one de!? Adui....

Ok now, back to the topic.

I have been using the same number since Poli time, so until now, it's around 6 years edy.

For that reason, I can shoot people~ WOow shiok! Why? YOU cannot use the lame I-thought-you-might-change-your-number-ady-so-I-never-call-you-lo reason on me for not contacting me, coz I never change my number mah. ^^

Of course that's not the main reason. I just too lazy to change new number coz later need to inform the whole world again -___-"

P/s: Friday morning got student exchange taklimat, but I have lab with SunShine leh... How??
Post a Comment
Read more

The chronicle of Creative Zen Micro - The Operation 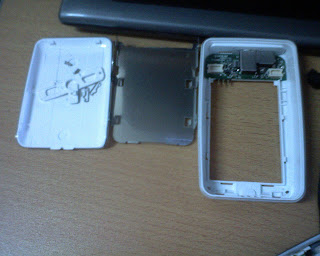 My Creative Zen Micro is giving me problems again since the last problem it gave me end of last year. That time, the problem was a bliss as it was still under warranty (THANK GOODNESS!), they replaced 1 to 1 for me! Ahahahha!

Now it is not giving me any bliss. I wondered how I 'successfully' make it malfunction, but damn I broke the hardware. I hate using newest version of window media player to deal with micro as it's not that user-friendly than wmp10 version, so while I was frustrated trying to make everything works normal, damn it worked even worse.

Yesterday I called C2O, the company who is dealing with Creative's service support, he said it's the hardware problem and the service will cost Rm150. Damn!

So since now I know what might be the problem of my micro, I tried to do a surgery on it myself. I googled for the instruction steps to disassemble that poor thing, and I followed step by step. Amazingly, it's just like the way to disassemble a Pola…
1 comment
Read more

August 19, 2008
despite having 3 assignments and 1 lab report to pass up after break and 2 mid term tests after holiday, up until today since the day I arrived KB, I didn't do anything beneficial -_-"

OH!! Got Got!! I laughed my lungs out watching ShinHwa's youtube! XD

I'll be going back home tomorrow!! I'm so excited! Although i'll be bringing back 3 assignments, 1 lab report and 2 subjects' notes to read coz of tests after holiday, WHATEVER LAH!! Dont care edy!! Since the miserable semester begun, I've been waiting for this moment for ages! (Although I bought the ticket last minute which cost me extra RM13 jilakat!)
Post a Comment
Read more 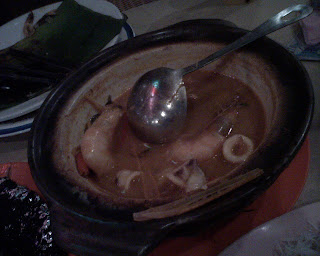 1. I shouldn't be blaming the Uni for the misfortunate criteria that the Uni made for us who are selected for the exchange student programme. We need to realise that how difficult it is for us to pass through the tough and strict interviews to get a place in this programme. And we shouldn't be blaming the Uni for ONLY pay for our flight ticket and passport and insurance because we need to understand that there's only a handful of students were selected in the previous batches so the Uni was afford to support them totally or 70%-ly, and now a whole-kampung of us are so fortunate to be selected, we should feel lucky enough, and not to ask money from the Uni. Shut up and get the F off~ Adui....

2. Weeks ago ah YuJin belanja me a nice dinner. AH! Not a nice one, but rather a torture one. We ordered YeeMee for me, CharKueyTeow for him…
Post a Comment
Read more

I was selected to join the exchange student programme, the uni they'll be sending me to is University of Shanghai for Science and Technology. Sound chio izzit?

For your information, Pihak Uni will only tanggung to-fro flight ticket, passport and insurance ONLY. Other expenses when we are there, survive sendiri lar~~~ You are digalakkan apply for financial support from the 'financial helper' outside lar~~~ Pihak Uni will help you in applying for this thingy, e.g Bank Rakyat. BUT even though Uni will not support you anything else instead of the flight and passport, you have to keep good condition of Uni's name when you are there, you cannot say bad th…
2 comments
Read more