Showing posts from June, 2015
Show all

(A Rather Disappointing) Watsons Move Your Body Zumba Party 2015 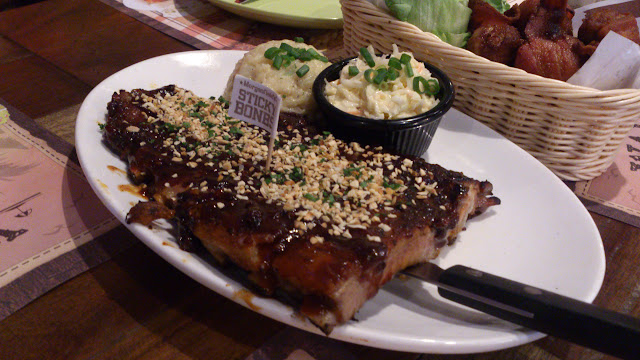 We went on Saturday for girls' day out aka shopping.

As on the ticket (and certificate we received during registration), the time stated was 6am and the registration started at the ungodly 5.30am. Yikes I love fitness but I don't love the morning events. 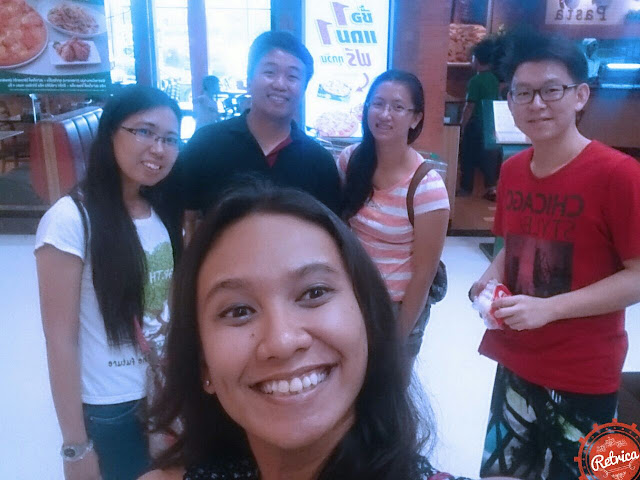 It's been two years since I went to Sadao or Danok, so when Johnson talked us into going to the border, I was excited! It was the first trial so the trip itinerary was very simple - Sadao's Tesco Lotus, and Danok's Mookata/steamboat buffet.

Five of us went: me, Hon (who came up north to surprise me, again), Hoon, Johnson and Shasha.

The good thing is Shasha is a Thai, so it made things a lot easier in terms of communicating hehe, rather than Johnson's "Chan mai kao jai" (I don't understand) all the time hahaha!

I was down into confusion again because during my last visit, Sadao and Danok are a same place with two different names; and this time, I was told they were literally two different places afterall (that's what I thought too all the time)! Argh! So I was right all along then! 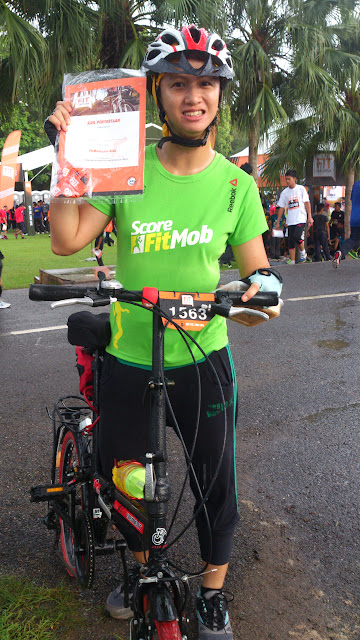 The event was so fun it deserves an insta-post LOL!

I joined Fit Malaysia Perlis yesterday (13th June 2015) in UiTM, Arau - the 10km cycling event and Zumba in the evening as assistant. 5 of us friends joined the morning event, I was the only one cycling. Jabatan Belia dan Sukan (JBS) Perlis co-organized the event with Fit Malaysia.

I first knew about this Fit Malaysia Perlis event was during the Perlis Marathon where they set a booth there. The 'FREE registration' attracted me, and they have cycling event (!!), so I signed up for the 10km FM (Fit Malaysia) Ride. Free mah, not going also tak rugi LOL.

The event started at 7.30am. The bad news was I couldn't sleep on the previous night, perhaps because too excited or simply anxiety or whatnot, I slept only at about 2.30am and I had to get up at 6am. FML.

It was foldie's first not-really-competition event and I was excited!! The previous visit to the bike shop fixed the tight mid-body folding hinge so I could easily fold…
Post a Comment
Read more 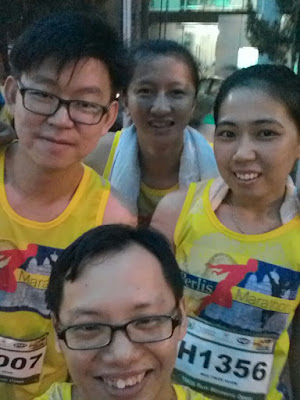 It was my first running event (OK I joined school's merentas desa "cross outskirt" in secondary school some 14 years ago) and OMG damn nervous!!

There's few categories in this marathon: 5km, 10km and 21km.
Since it's the "first" (some said second), they played safe and started with half marathon this year. Next year they will put in full marathon. However, they managed to pull in luxurious sponsorship too, RM11,000 for 21km winner, RM8,000 for 10km winner, and the lucky draw grand prize a Kia Cerato KX 1.6!!! (won by a politeknik lecturer who joined the 5km run)

As a beginner in running event (and I'm not really a running person), 5km was a safer option, but too bad the starting time was 10am!! We would die of heatstroke before we reach the first water station I suppose under Perlis sun. So all of us (me, Johnson and FH) decided on 10km which started at 9am. We quickly Early-Bird registered and ne…
Post a Comment
Read more
More posts