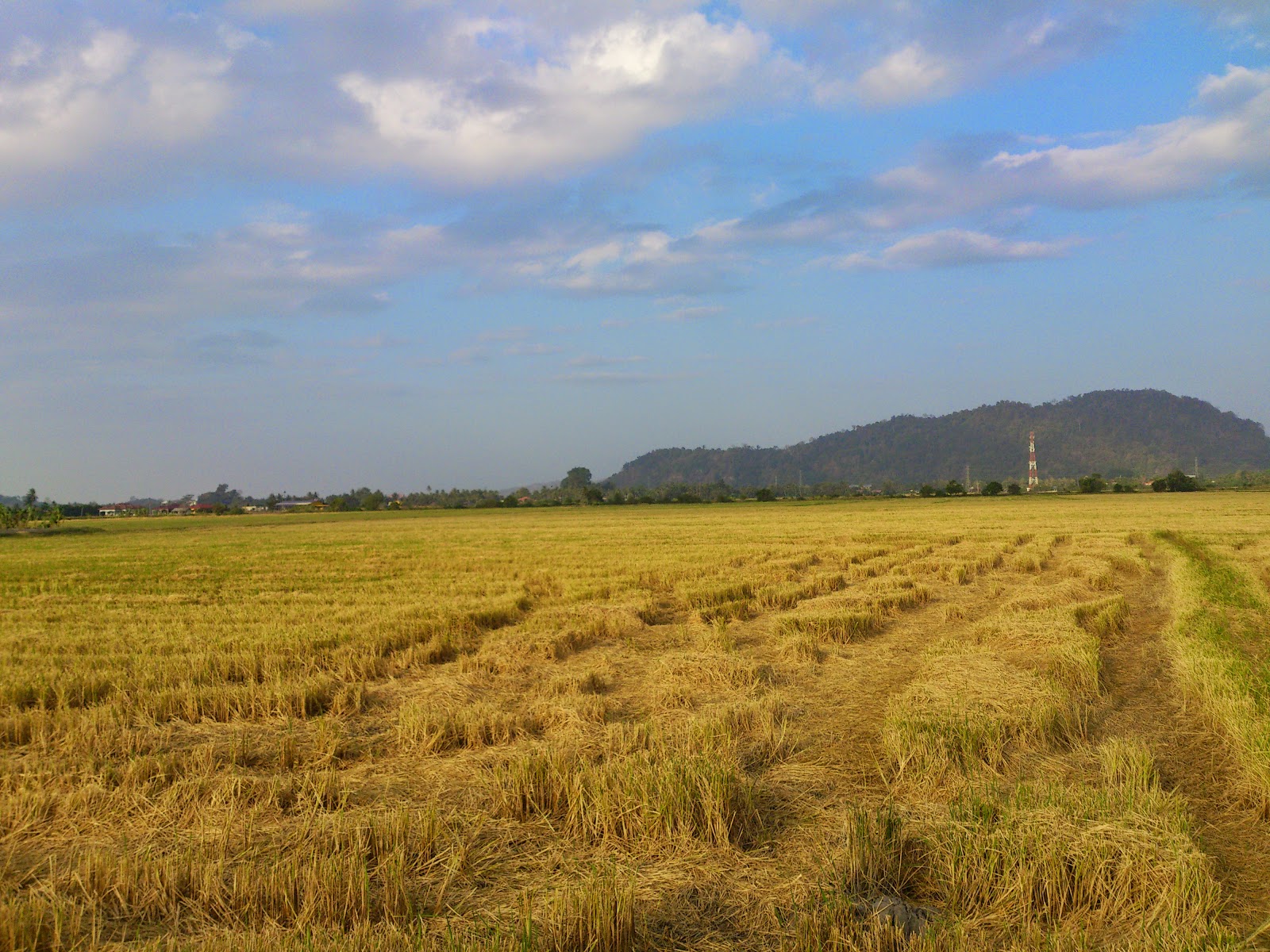 This happened way before CNY, in the early of the year.

I went out for a relaxing ride on that Sunday, which so happened to bump into a pakcik who plays badminton on the same session as I do. We exchanged Hi's and he was surprised to see (and eventually recognize) me LOL.

The rainy season is over, and here comes the spring season where sun begins to get very big, hot and sunny, and it's the post harvest season.

It isn't a great time to cycle during this post-harvest season as the color is not attractive at all. Its either dull yellow (dead crops), brown (dried plots) and/or, worst, black (burnt fields). Plus the bad air!! The fastest way to get rid of all the unwanted crops and prepare the field for a new planting season is to burn the field, acres and acres of them. It is one of the disastrous season to come by with but too bad, so far there's no any other 'economical' way of solving this problems. Agricultural and environmental folks, good luck!! 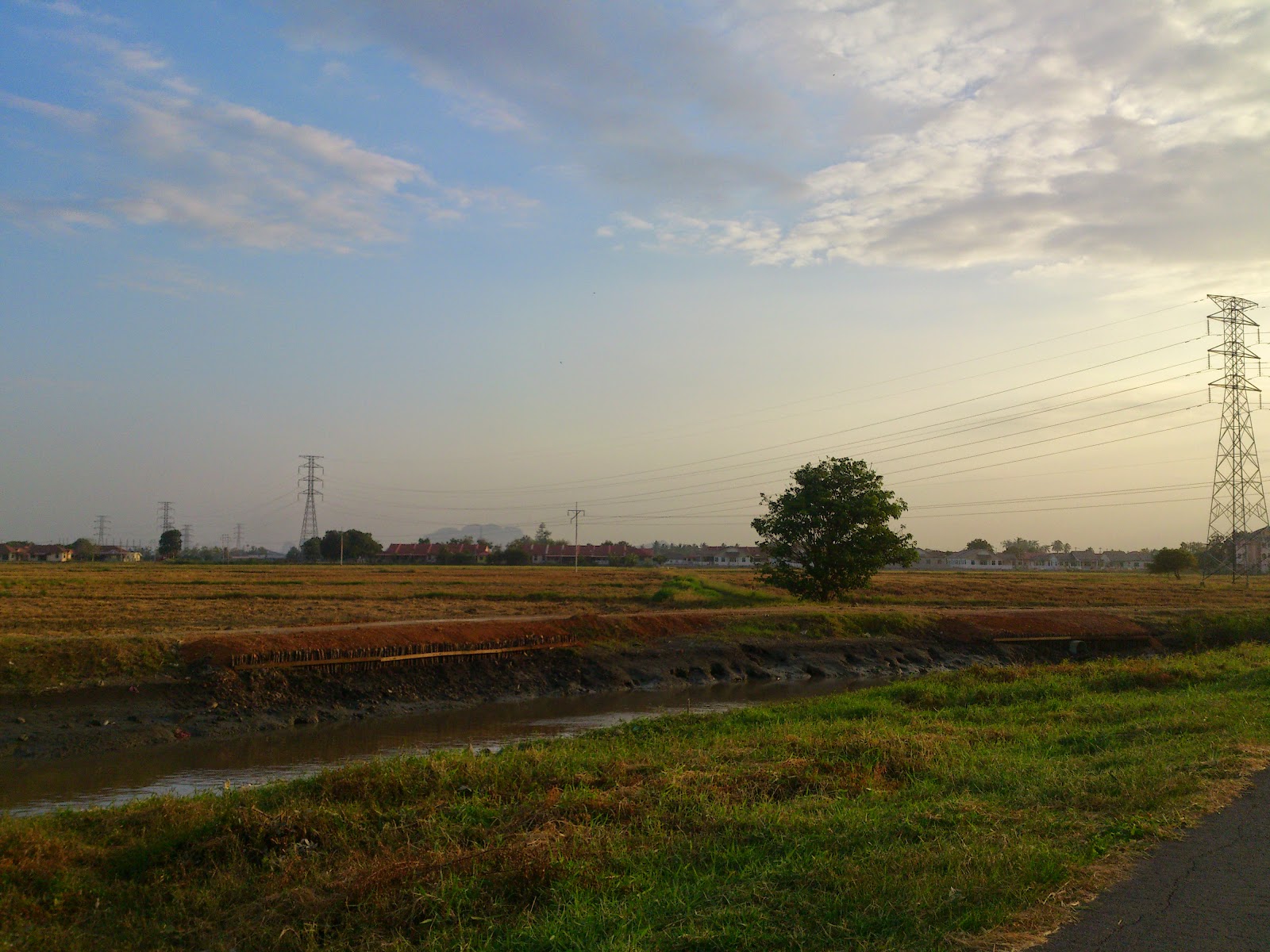 I rode along the paddy fields, finding the nicely patched ones and avoid the stony ones. I don't like dealing with flats, especially when I'm alone. Plus, it is a better option to go out early if the route you covering is paddy field, as there is only a handful of trees (or almost none) for shading. 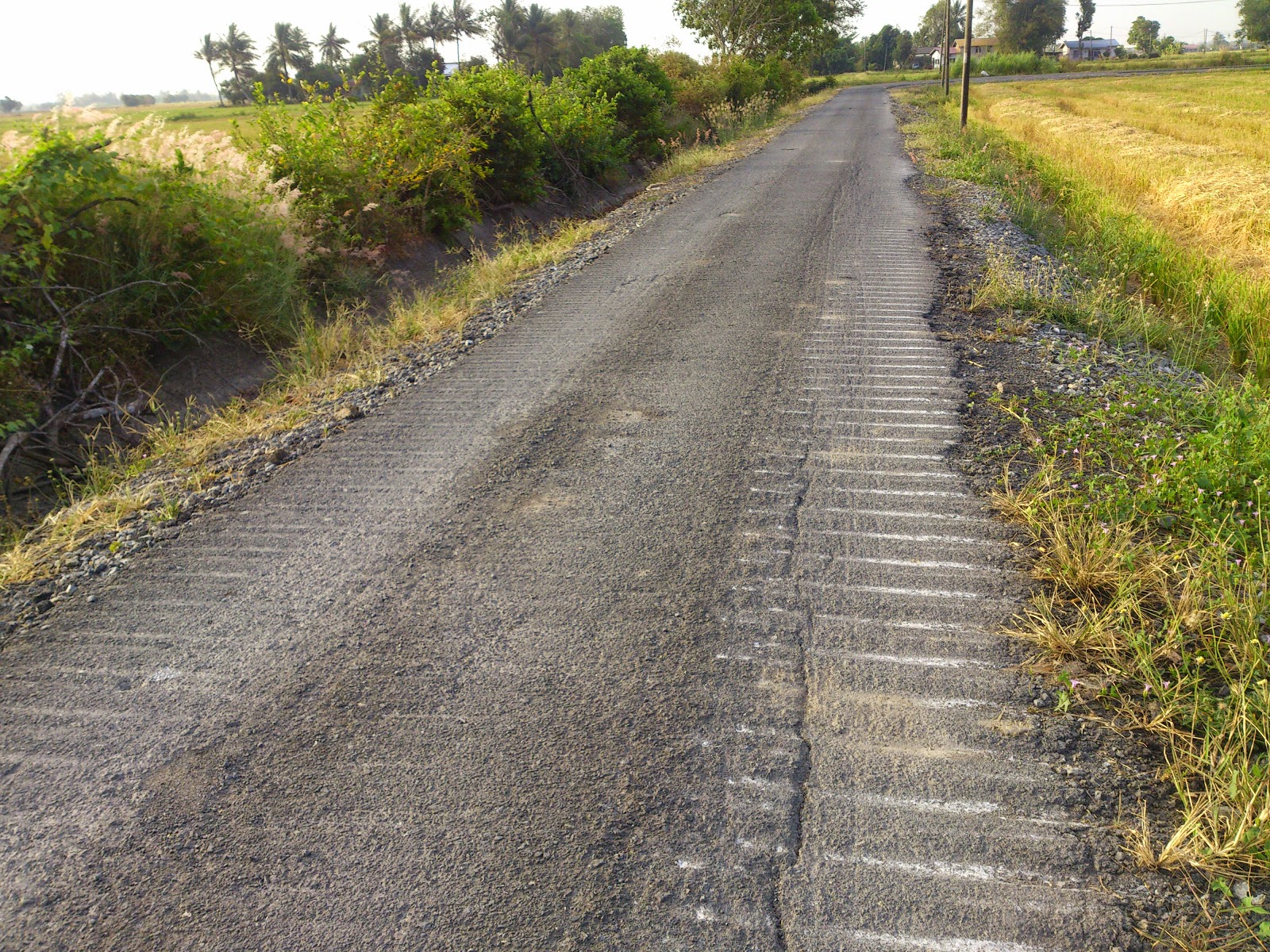 Here's some interesting facts. Few years ago when I first came to Perlis, I found out driving on some stretch of roads here can make you feel like you have a flat, and I was told (by someone who was told too) it is due to the paddy field tractors. Whenever a tractor uses the particular road, it will give such effects. As you can see from the photo above, the white lines are left by the tractors working on the field. It is almost like a very dented transverse bars that cause your car to vibrate while passing on them. For us cyclists, it makes us vibrate vigorously. -__-

That's all for now. I hope for a greener view next time.
cycling