April 23, 2018
Had a short trip over the weekend with my buddies at Kuala Terengganu, about 150+- km away from my hometown, Kota Bharu, 3 hours driving distance.

FY took the bus from Perlis to KB, arriving at 4.30am, and we both drove to KT at the ungodly hour early in the morning. There's very very few cars, some roads don't even have lamps that was pretty horrifying, and we arrived safely at Seok's house 3 hours later.

Seok is a lecturer at Unisza, she owns a house in KT, comfy, spacious and minimalist, so her place is our accommodation.

Thanks to her too, we don't have to plan anything, just let her bring us around woohoo!


First thing in the morning when we arrived, we headed to KT Chinatown for breakfast and sight-seeing.

Frankly, besides it being the neighbor state, I've only been to KT twice and I've NEVER been to this famous Chinatown! LOL. 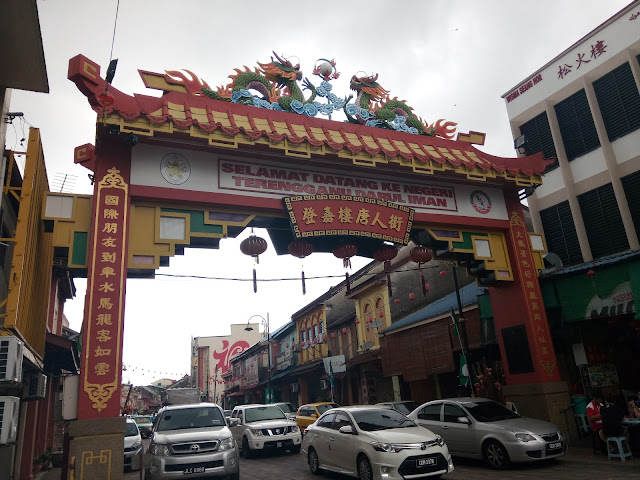 We had our breakfast at one of Seok's favourite shop, I had dried pan mee. No photo coz we were too damn hungry to take one!

We took a stroll along the road, as it was only 9am, 90% of the shop were still closed. We walked into another tourist spot, Pasar Payang, but came out five minutes later as it is no different from the one we have in KB, Pasar Siti Khadijah!

Note: Me and Seok are from Kelantan, she was my junior in secondary school! FY's dad is from Kelantan too and she's been to the Pasar before.

As the Chinatown is located right next to the Terengganu River, we went there to take some pictures and wasted some time LOL.


Next, we went to Batu Burok beach.

The beach is conveniently located near the city centre so we went to check it out. I've been here before so no biggie but was interested in the swings they installed by the beach.

As it was near noon, we literally brace ourselves to come out from the car, got to the swings for photo snapping, took a few swings, checked the photos under shade and ran into the car again LOL. 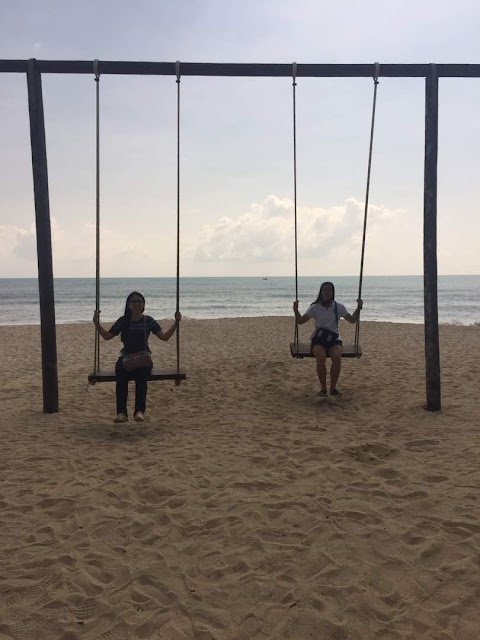 After the swing, we decided to visit the Terengganu State Museum.

LOL I'm sorry but how pathetic the place has to be that we opt to visit museum?! I'm not a fan of local museums in Malaysia as it is repetitive and nothing much to see, and I was surprised to learn that there's no mall in KT!! Just Mydin and Giant!! R U serious? And people keep saying how impoverished and backward Kelantan is!? OMG all we DON'T have is cinema!! 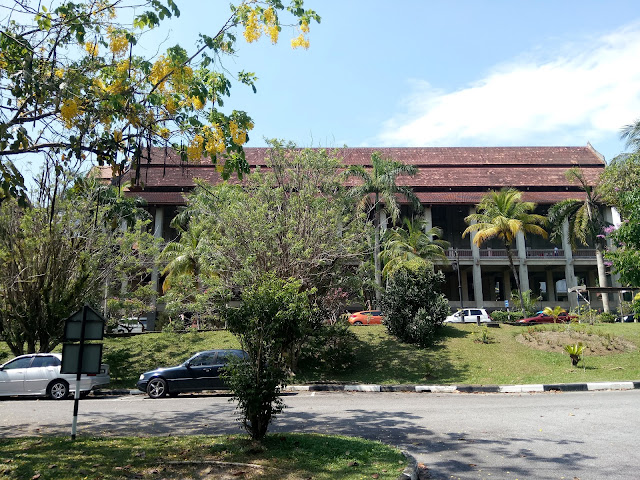 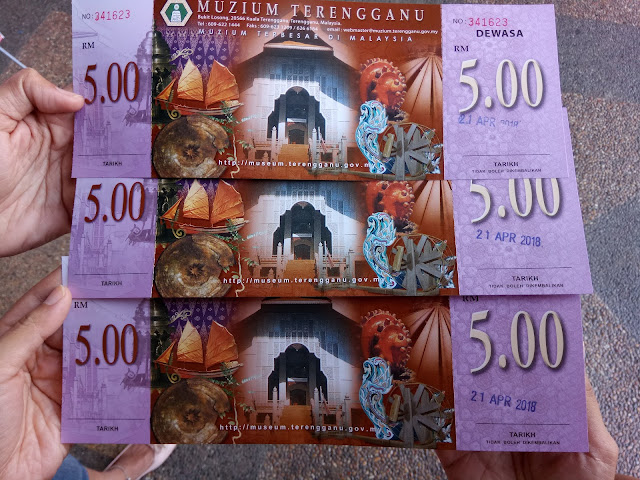 The museum is surprisingly huge on the look from the outside, and inside too, But too bad the air-cond wasn't strong enough that it was not cooling at all to escape the heat. I was sleepy and tired from the early wake up and driving, so it made everything worse. Luckily, I was there with my gossipping buddies so no boring chats haha!

After the visit, we headed back to Chinatown for our lunch. Seok recommended the popular Madam Bee's Kitchen for some authentic local delicacies. 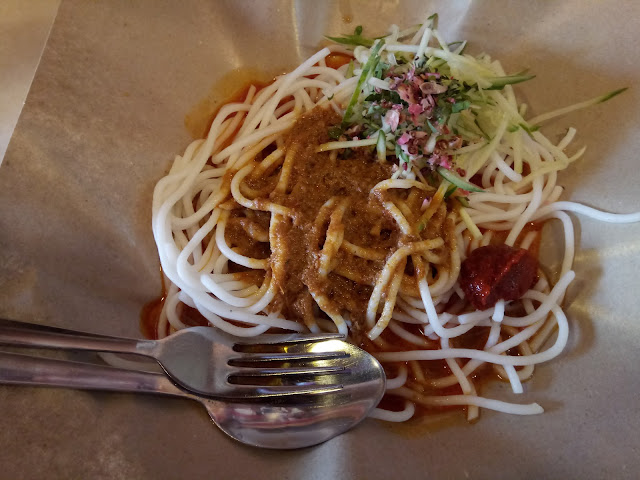 It is one of the narrow shops along Chinatown with clean and delicate ambience.

I ordered a Laksa Terengganu, which looks oily and dry but it was YUM! The noodle is springy and the curry is nice. Highly recommended.

I find that laksa in the east coast is more towards the 'lemak' side (greasy?) as compared to the North.

After lunch, we made a detour to Unisza, then we went back to Seok's house to rest. I took a quick nap as my eyes cannot tahan dy!

At the evening, we went out again for another local delicacies for tea time. 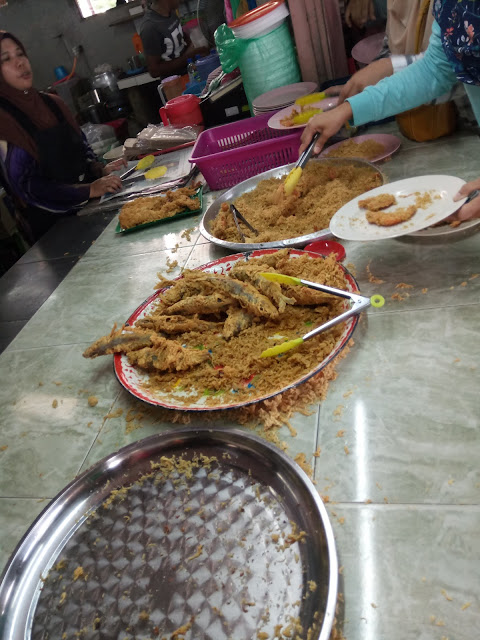 It is by the seaside and there's a lot of people queueing up by the time we arrived.

They serve battered deep fried seafood which consist of fish, shrimp and squid.

It is self service concept where you queue up, and quickly grab the tong and pick up your food! You got to be fast too coz if you are slow, people are going to snap that food right in front of your eyes! The queue was long as people are waiting for the food to refill.

There are two big trays on the counter that are for fishes and prawns. The squid is served separately where you shout the order to the aunty when it's your turn, and she will bring the squid out on a plate, put a price tag on it and hand it to you. Then, you pay next to the food counter.

We took 3 fishes and a squid that costs us RM 26.00. I wanted to take the shrimps but it looks too small for the price so I gave up. 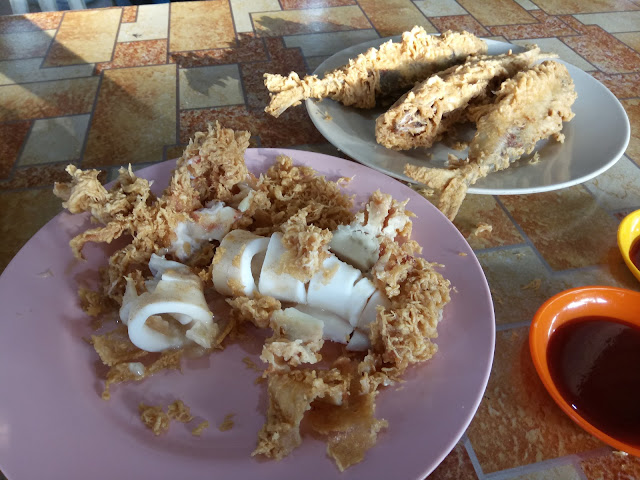 On every table there is a scissors for you to slice the squids into tiny pieces.

The squid and fishes were fresh and juicy. The batter is cruncy and doesn't too powdery, but you have to eat it fast while it's still hot coz the oil would slowly drip into the plate, mixing up with the batter and becomes a little ew-wy.

After the meal, we spent some time by the beach on the swing, again! It's really nice that they installed these swings by the beach, fun time with family and friends. 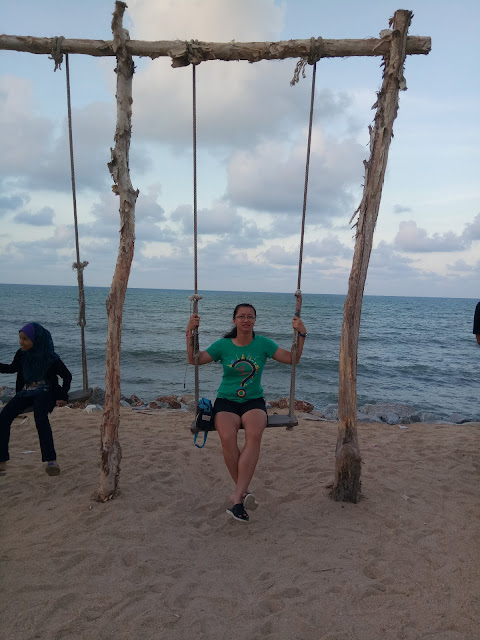 We went back to town again and made an unwise decision of having a chinese dinner lol. The restaurant that Seok fancied were full house for that night because of a wedding reception, so we had to make do with the restaurant next to it, which, according to Seok, is not as nice and pricey. We ordered 3 dishes, a dish too many and we couldn't finish the food =(

We spent the night in the house chillin', chattin' and watchin' TV.

The next day, Seok brought us to a Warung Nasi Kerabu Pok Din for breakfast. 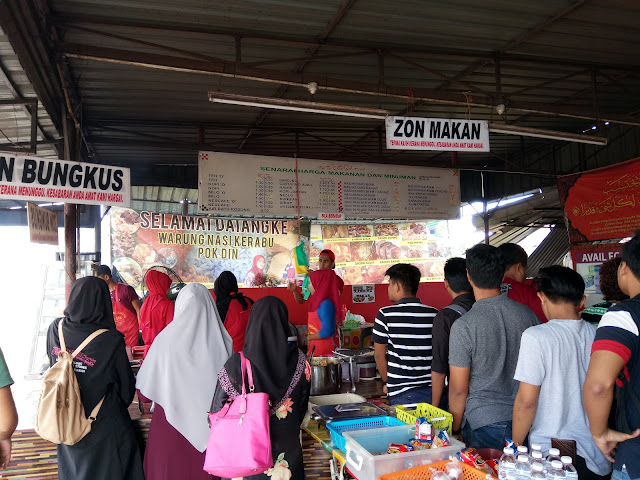 When it was our turn, the beef daging bakar was finished! So sad! =( So I had nasi kerabu with chicken. 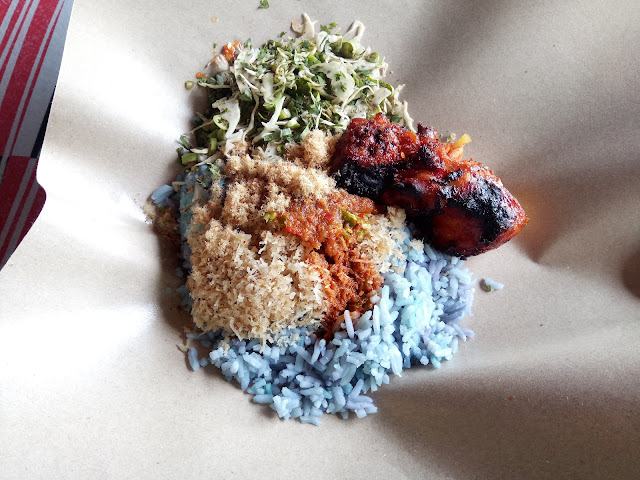 It was nice, but not too special for me as I can have the same thing in Kelantan lol. I think with the beef it would be nicer.

We spent the afternoon chilling at UMT (Universiti Malaysia Terengganu) campus LOL. The campus is by the beach and I am so jealous!

We sat at one of the pavilion by the beach, overlooking the sea, chit-chatting, and observed the students climbing over the fence to get to the beach!?

Like, seriously, there is a pathway that lead to the beach from the campus, but there's a gate there and it was locked, so the students would toss everything over the gate, climb over the fence, pick up their stuff and walk towards somewhere! We wanted to go and have to look to see what did they bring, where were they heading etc, but it was too hot so we gave up that thought haha!

Since it was really no where else to go, we decided to watch movie - Ready Player One.

The only cinema in KT is at this place called PB Sentral, and the building is literally the whole cinema! All the levels have cinema halls and ONLY cinema halls! Except a bowling alley. 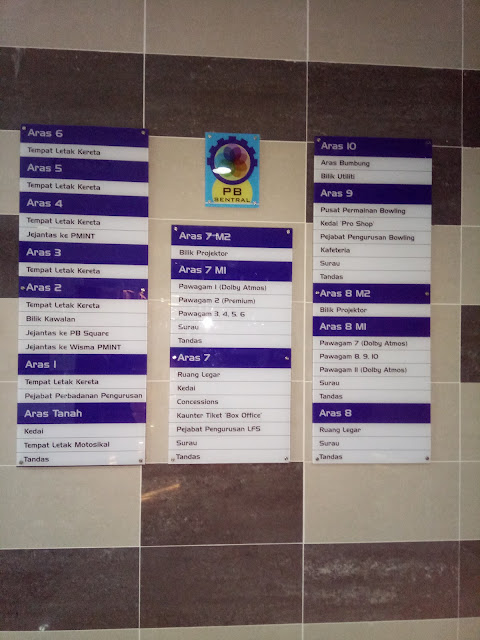 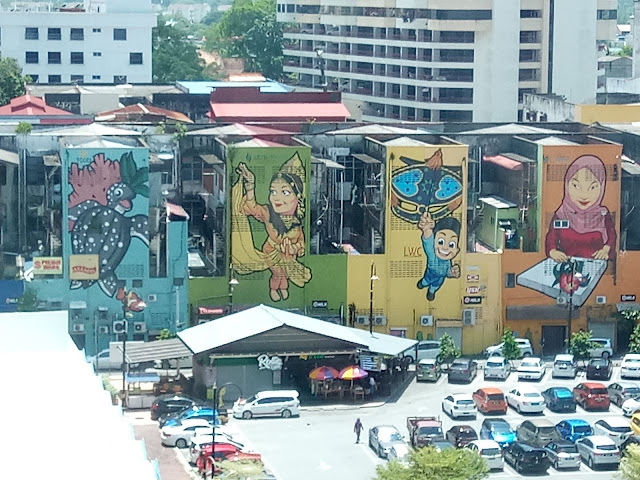 Since there was still time, we walked towards the next building, Payar Bunga Square to have a look. It was a UTC building with some shoplots, which means boring. -_-

We had a tea at Harold's cafe. 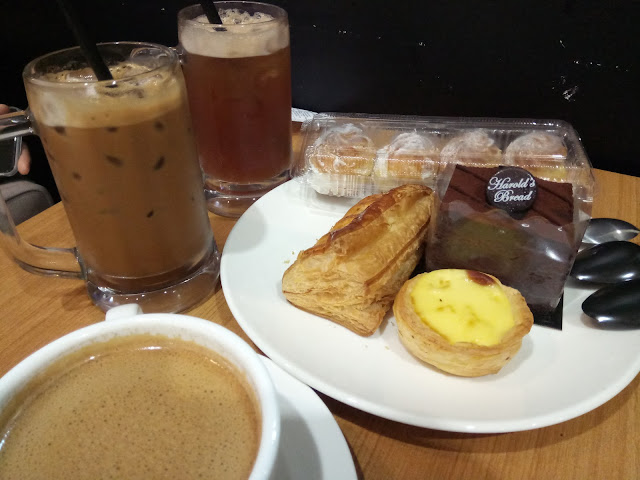 The movie was great!! Not gonna review the movie here, but it is great! I'm not really a game person growing up so I could only recognize a few pop culture reference here and there, the acting is a little stiff-y, but overall, it was great! It's been awhile since I watched a movie in cinema so it was a great treat for me.

We headed back to Seok's house to pack, FY and I leave KT at 6pm, some traffic jams here and there because of road construction (typically pre-election drama), sent her to bus station by 10pm, and I went home after that.

It was short, nice, fun, relax, chillin'. It's great to catch up with them, and it's great to discover KT.
I might plan a day trip with mom just for movie lol.
trip