July 28, 2009
After having to stay at hostel for 4 solid days (exclude those time when I went out to have lunch or watsoever), I can finally announced that 'I miss school!'

The weekend was quite a lazing one. I supposed to have few assignments/reports/watsoever to be done by next week, but because of the weather/the mood/etc, I did almost NOTHING.

When Sunday came by, it's still the same. I was not even finished chapter 3 of my student exchange program report which is about the school I attended. All I did was, .....well.... nothing literally.

Then when it comes to Monday, everything seemed so terrifying. Hostel's main gates were closed and locked, ambulance and vans were parked all over the places, people wearing masks. Simply scary.

There's a scanning event going on at the hostel hall, to indicate how many students are in fever. I passed that scanning check point, but not one of my housemates. Her body temperature was 37. She went in quite early, but came out the most late. After seeing her holding few pieces of paper (which all of us didn't have), we teased her until she cried! Haih... Budak jahat memang macam tu...

The boring day goes on until late night. I sms-ed Mr. YB to confirm about his lab the next day, he can't confirm too.

Finally, on Tuesday, the hostel gate was opened as wide as it could handle. We are allowed to go out to classes, but the classes and labs in Kampung Wai and Seberang Ramai are to be cancelled and prohibited.

They don't allow people to come in to infect the virus, but they allow us to go out and spread the virus. Chez~

When we entered the lab, everyone was avoiding us as if we are some sort of giant virus cells sprawling around. Even Mr. YB did the same thing! They are so mean and bad! Cute at the same time. Haha~

That morning was a headache. My whole morning was occupied by MatLab and Matlab only, for straight 6 hours! =.=

The moral of the story: It's still the same if they closed all the classes and labs in Kg Y and Ramai but still letting students out. They should just blocked the entrance and exit of these places, starting from the bridge or waste dump area. Then we will become like those zombies in Resident Evil, being quarantined in one tiny space. So Cool~ 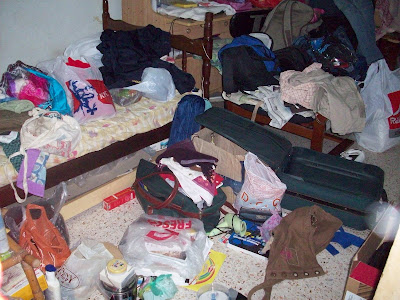 The disasterous room!
Well, can you finally believe that I am a truly disaster maker? Even I myself can't believe I have such great power.

I rearranged my room, by putting in the study table. So now my world in hostel is as tiny as this room only, where I eat, sleep, study and watsoever in this room. I am so stuck in my little world! Luckily I don't have to shit and poo in this room too. 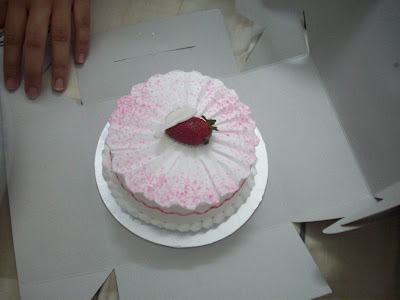 Yesterday was Edy(my housemate)'s birthday. Hird and Adik bought this cake for the celebration. It's just a simple one, singing Birthday song, cuts and eats cake. The funny part was when Ed showed us her birthday presents from As, consisted of two rambutans and one Choki-Choki. I started the joke first, the poor Edy was so innocent and suci dan murni, she didn't understand at all what the heck were we laughing at! Summore rearrange and rearrange that 3 stuffs! (The joke depends on your own imagination hah~) 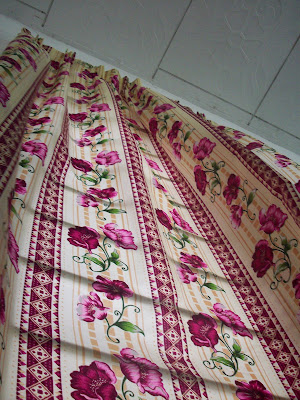 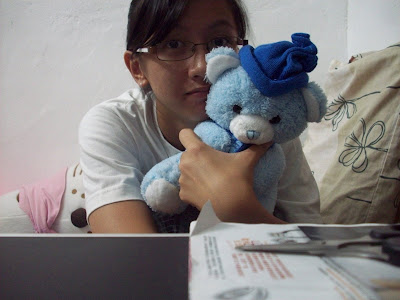