The season has come where we are infested by all sorts of tiny little bugs and insects, especially since there's vast paddy field behind my lab and jungle of trees and bushes and stuff behind my house. They favor the bright lights and moist environment so places like toilet is their preferred hangout spot. I started to notice Charlie crawling around the lab's toilet floor, wall, pipe, toilet bowl (!!) and has been extra cautious not to step on them. I can even find them in my room, crawling up my arm ewwwww!! 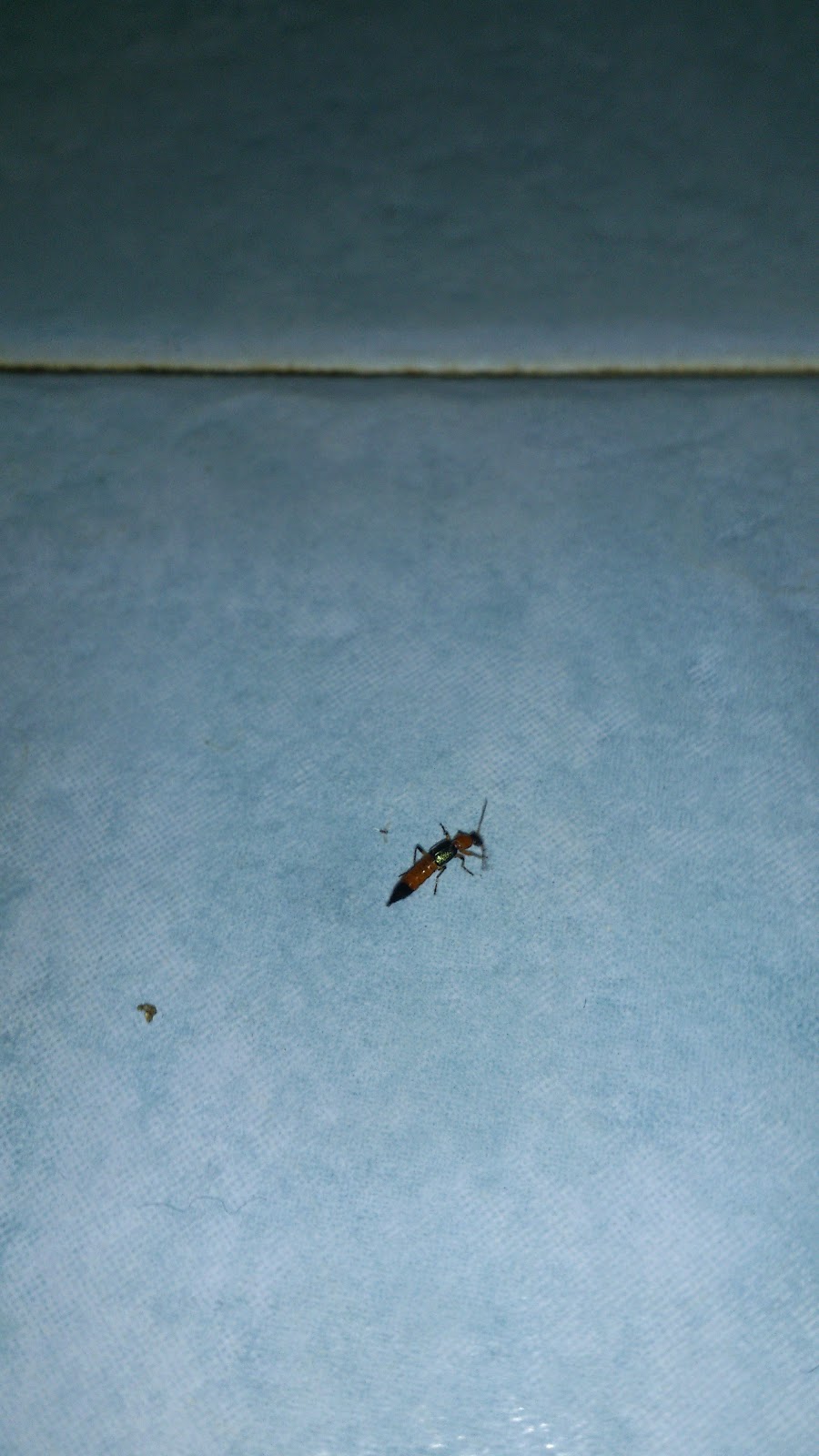 ...and how big this bugger is? I compared it with a size 8 slipper in the toilet: 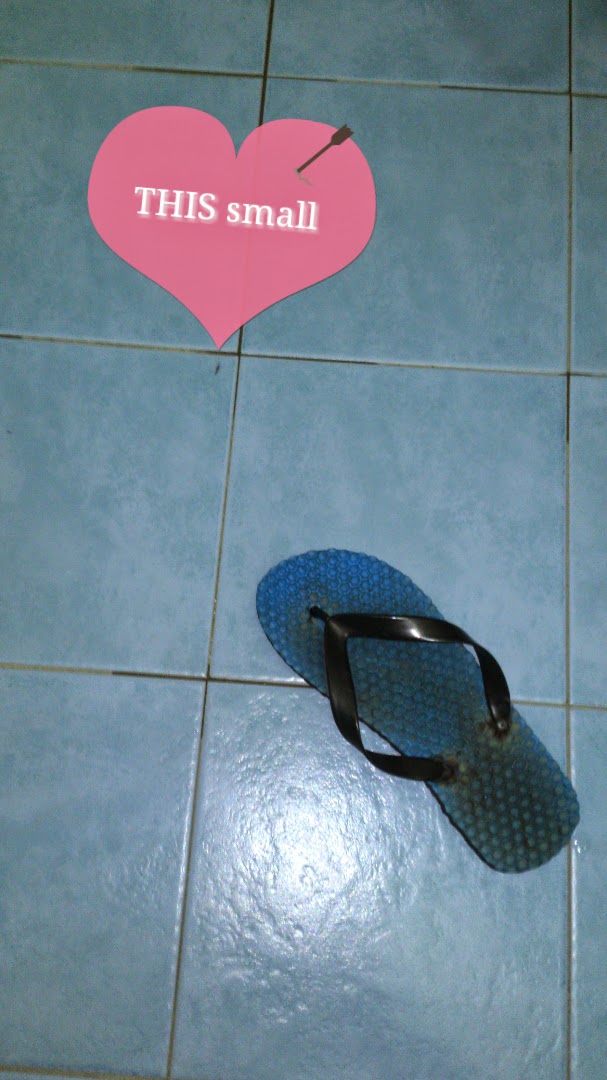 Few nights back I could feel insects crawling on my body when I was at home, since I only wear tank top and shorts (curse the terrible hot weather), and there's one time Charlie was on my arm! I brushed it off carefully with paper*.

*As mentioned in this post of mine, Charlie doesn't bite or sting, it's the toxin on/in their body that will cause inflammation and allergy to human skin, therefore the best way if they happen to land on your skin is NOT hitting it, but blow it away instead.
Once, my friend kena on his face, and it caused reddish inflamed wound on his face! As if he was punched on the face!

Unfortunately, no matter how careful I am, I am most vulnerable when I'm asleep. This morning, after shower, I applied body lotion when I realized  there's a small 'bump' on my arm... 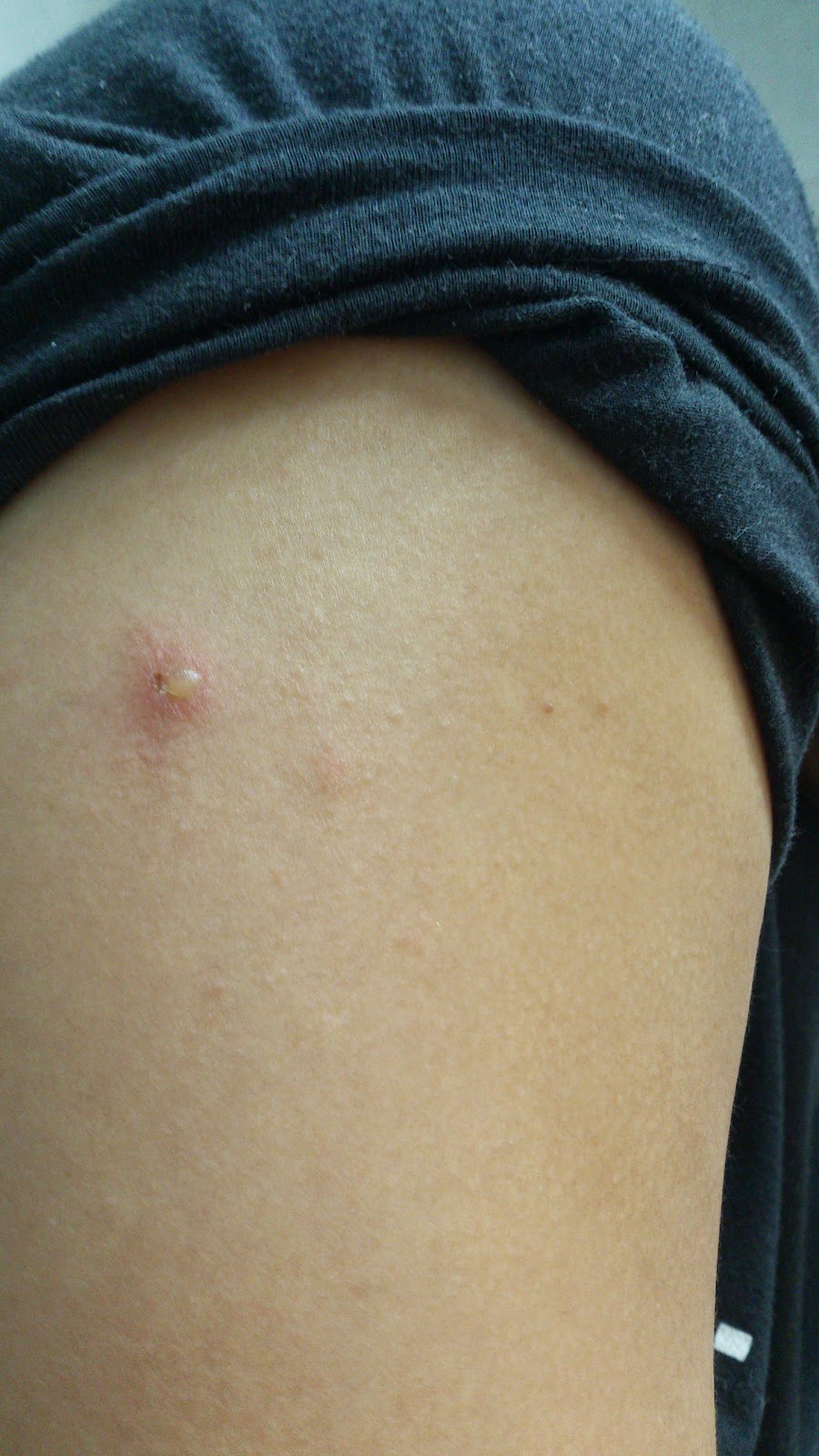 A small, watery blister that look sooooo alike Charlie trademark!! Luckily it doesn't in pain or anything, and after it burst before noon it still didn't hurt, so I let it go...

Manatau at the evening another part of my body hurt!! 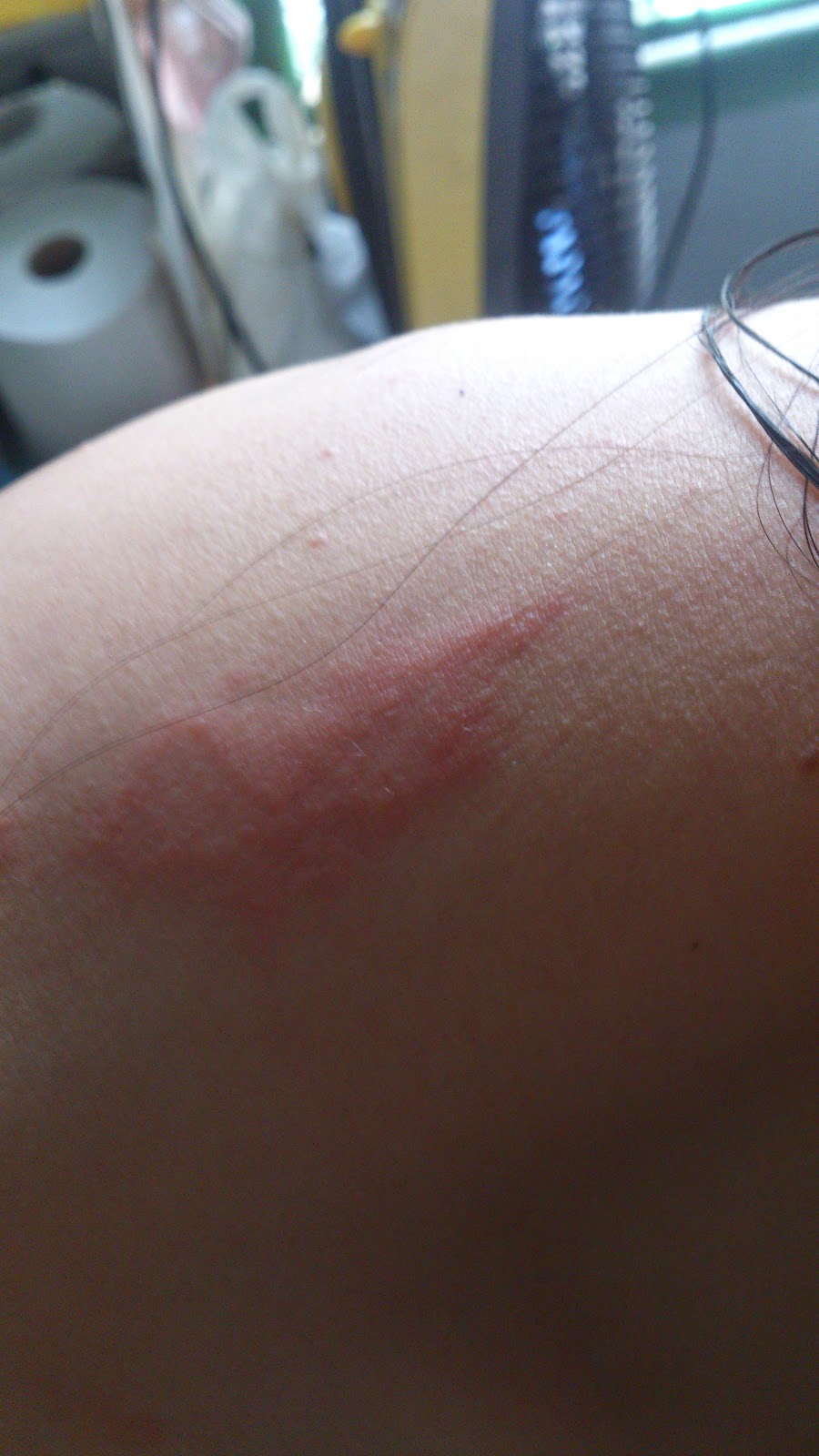 On the shoulder!!! Ngam ngam where the bra strap goes!! Argh it hurts really bad, like a mosquito bite gone wrong :( Then boh bien I really need to see the doctor in case it worsen... 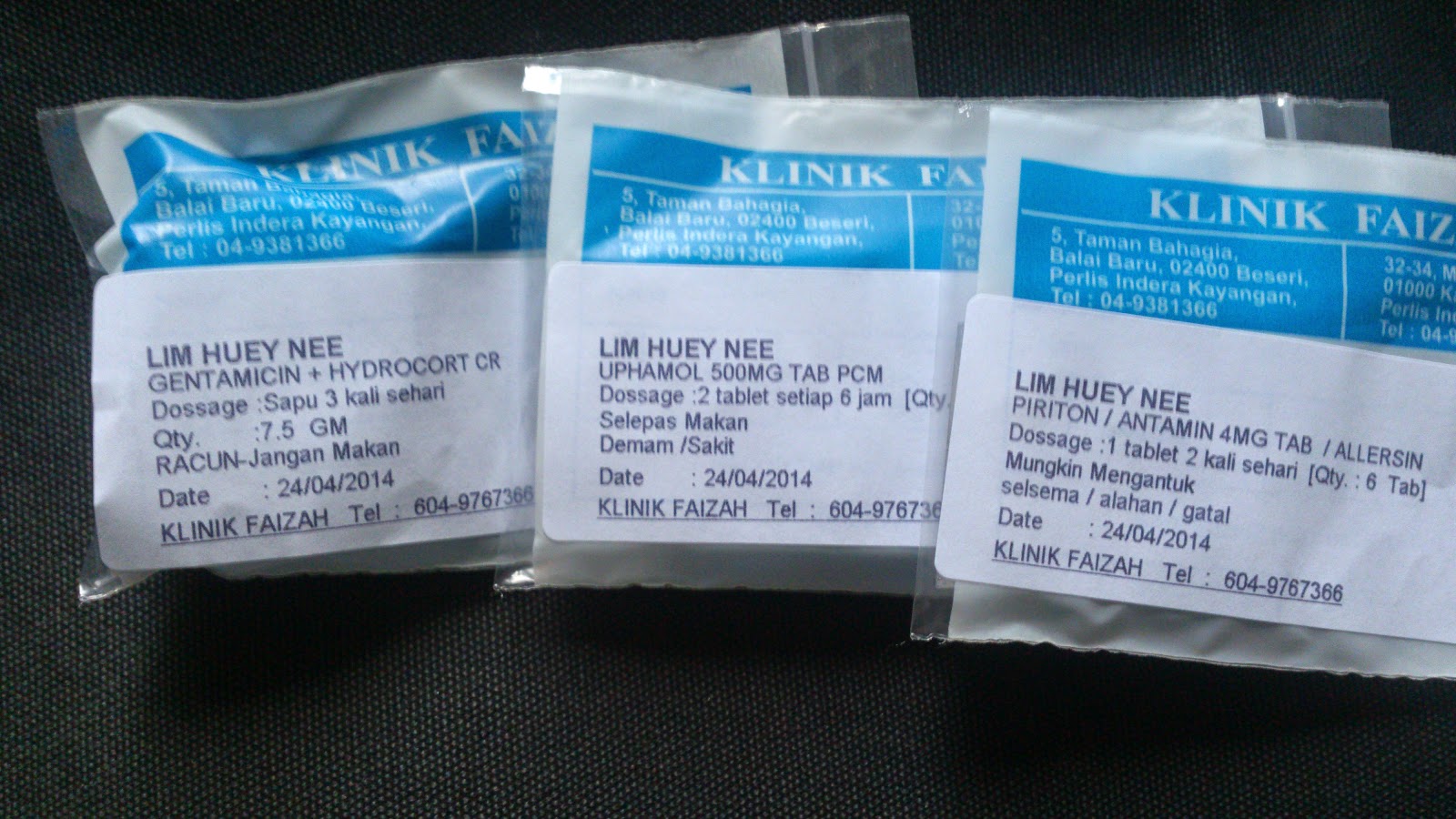 I was surprised when I was given three bags of medicine since I only expect to get one cream. The cream given is Gentamycin, Piriton/Antamin in case I have allergy from the inflammation and Uphamol in case I have fever (usually allergy and fever is a combo pack).