It wasn't that horrible after all, I've been practising and rehearsing on the previous night, so I just talked whatever I rehearsed and hardly looked at the slide. I think I exceeded the 15-minute presentation, but who cares, no one jaga masa pun.

During the Q&A session, Mdm Hema asked more questions than En. Megat, which was quite odd because if you are being in En. Megat's class, you'll know he is one such attacker! =.= They backing up each other continuously to ask questions, and it's quite forbid that you paused with a long 'Aaaaaaaa'. I think my goreng technique was too awesome the two panels finally stopped asking me questions and smiled. :)

After I finished, I rushed back to hostel to take care the rest of my stuff and had lunch. Later that evening I went back to Pauh to pick up lopo, where she had her presentation in the evening session, and we'd traveled to KL together after her presentation. 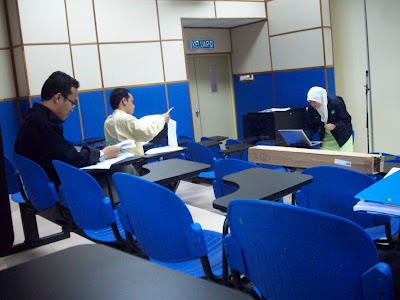 ^The two panels and lopo

Wow she had very jialat panels, or I would say panel because En. Hamzah was quite harmless :p and the powerful one is Dr. Rahmat

Luckily their supervisor En Zul was there to assist, my foster supervisor was in the hospital waiting for the baby (And they have a baby boy!!!! Congratz!!!)

After her presentation, we started our journey to KL. It's raining along the whole Kedah and Perak journey, however, it took us about 6 hours to reach Subang Jaya (Fast?) to drop down lopo then another 30 minutes for me to go to SS2. We didn't realize we were driving so 'fast'. =.=

Day 2:
Spent whole day in SS2. Too tired and lazy to go out.

In fact, I had my first ever movie marathon and movie ALONE! 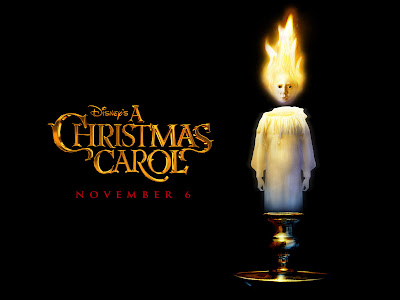 Frankly, it was quite blurry and boring. The 3D animation effect is indeed marvelous, but the storyline is a little too sluggish. In fact, I only liked the scene where the first spirit appears, the rest: nah~

Plus, as I was wearing spec, wearing the 3D glasses on my spec made my eyes and ears uncomfortable, thus the dizziness throughout the movie.

Conclusion from Lim Tino: She will only watch it when there's no more watchable movies to watch. :p 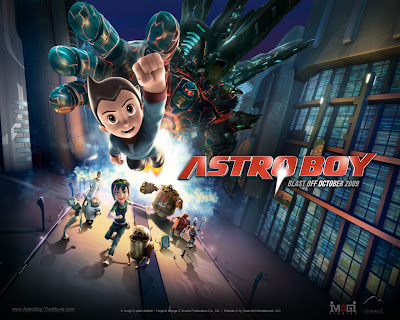 The previous movie (Christmas Carol) took a long time on the advertisements, therefore the movie ended a little late than expected time. By the time the movie ended, it was 2.20pm and my next movie Astro Boy started at 2.10pm!!

Luckily I was on time when I rushed to the cinema hall. The show had just started! Glad! :) There's only 3 people in the whole hall!! Haha!

I never really watched Astro Boy in the cartoon before, so I wasn't familiar with the characters at all. However, this cartoon cheered me up after the Christmas Carol 'dilemma'.

A good movie to spend your time with. :) 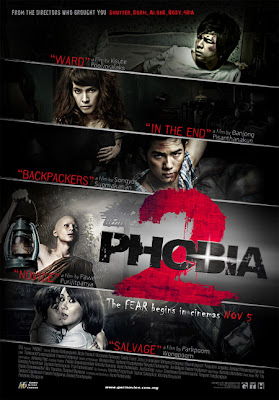 Quite unlike the ordinary Thai ghost movies, as there was a lot of laugh scenes. I mean, A LOT.

It's a 5-stories-in-1 movie, and you can google the movie title for the synopsis and stuffs.

The movie wasn't as scary as I thought it would be, because I was actually expecting something adventurous for my first alone-ghost-movie experience. The poster plays a very important trick in illustrating the horror-ness of the movie. Anyway, I was NOT disappointed.

Out of the 5 stories, I personally prefer 3 of them, 1 so-so, and 1 a little disappointed.

2 stories (the first and the fourth stories) were about nemesis and karma, which was horrifying enough yet delivers a very good message. This kind of storylines are quite a trademark for Thai movie, and I like it!
1 story (the second story) was about incident happened in a hospital ward, the end of this story was quite a twist, not so bad;
The third story was the most annoying one for me. Zombie!?!?! =.= Come on lah Thai, you can do better than that!! And it has nothing to do with the title 'backpackers' too, all they've done is take a paid ride and get killed.
And I personally prefer the last story the most!! Want to know what is it about? Watch it for yourselves!! :)

At the end of the day, I was tired, my eyes were exhausted, and I didn't have good appetite.

I received a RM200 MPH voucher from University in a Book Award or something like that.

And, after spending hours in MPH 1U and a frustrated one-hour in MPH Mid Valley, I bought myself this: 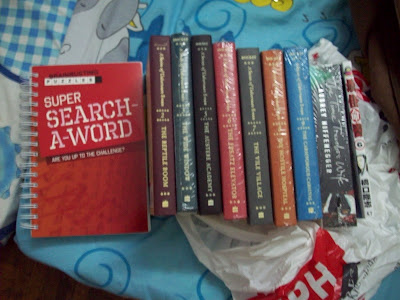 2 more books (Book 1: The Bad Beginning & Book 4: The Miserable Mill) and my collection of 'A Series of Unfortunate Events' will complete!! So frustrated there's none within KL and Klang Valley, even Borders don't have stocks too. :( I just hope I can find it through lowyat.net.

I bought 'The Time Traveller's Wife' too. Well, my intention was to buy 'The Graveyard Book' by Neil Gaiman, but same case as the 'Unfortunate blahblah' books, they don't have stocks, so Haih.... Wanted to buy 'The Lost Symbol' by Dan Brown but MPH only have the hard cover version and it costs RM99.90!!?! Jialat betul.

Had lunch with dad and er jie at DucKing in JayaOne. All of us were seriously disappointed. 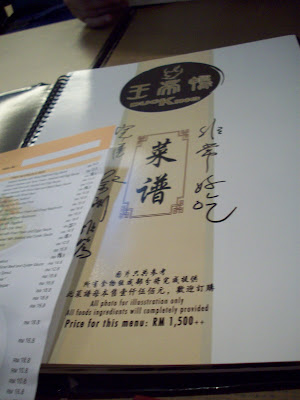 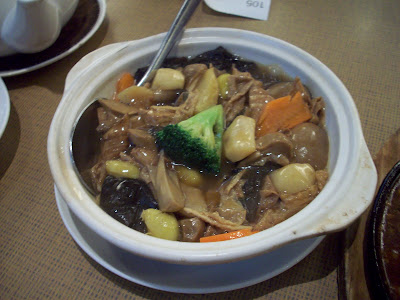 ^The best dish out of the 5 dishes we ordered: Luo Han Cai. 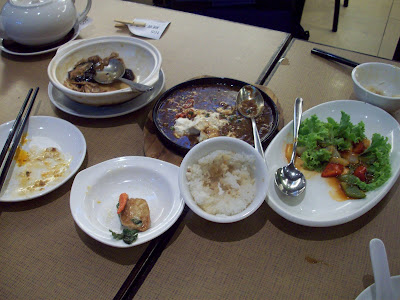 ^The disappointed lunch made me couldn't even finish my rice =.=

And cost us RM100!!! Everyone regretted. 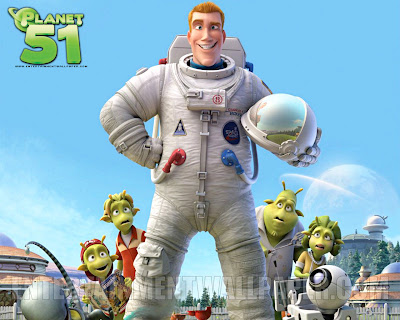 So far, about 6 thumbs up from us (not really sure about SNK la).

Super funny I tell you. Of course lah, it's cartoon and animation~ I think the human astronaut somehow looks like Lee Hom? No? Haha!

I adore everyone of them in this movie, especially the Wall-E-&-Eva combination's robot dog - Rover. The way it wags its antenna, its 'Gone with The Wind' scene, and everything is simply cuteness overload! ^.^

Anyway, watching cartoons mean there will be a lot of children in the same cinema hall. Something that caught my attention was that: there's this one whole family, yound dads and mums took along their toddlers and babies (!!??) to watch the movie! I mean, come on lah, if they are laughing about the movie then I don't mind, but making noises, whining, crying etc in the cinema hall? Geez~

After I came back, I kept on promoting this movie to mum, and she is geram and sangat gien to watch this movie. :p 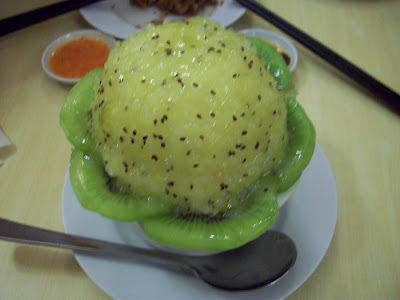 The next morning, dad and I drove back kampung :)
family friends me