August 19, 2010
.... aka 钱包大出血 aka I burnt a bloody big hole in my parents' pocket.
Within one week, I've spent almost RM1k on my car, consider an 'almost' thorough make over... Sigh.
It all began with the dead battery. I was still happily drift along the highway to Pauh the previous day, and on the next morning, the car won't start. When I noticed the car radio wasn't ON while I switch on the car key, I knew 'Ah great, just great...'
Thanks to house owner aunty, she contacted someone she knows to help me out. Later, a handsome, end tao guy came along. He owns an auto shop near the Taman. I had some 'alone' time with him in between, and my heart 小鹿乱撞! Haha kee hiao spotted...
There goes RM180.
Then, when he started the car engine, he heard some uncommon sound from the belts, and suggested to send the car for a medical check up. At that time, I was 'Ah great... just great...'
To make things convenient, I sent my car to the guy's shop on the weekend (since I don't have to re-explain the situation that I don't really know how if I've sent it to other shop). He sent me home, and picked me up after the repair done because no one fetch me in between, so it was three 'alone' car trips between us!!although it was a 5 minutes car ride only Haha kee hiao again spotted...
Some of the belts being replaced, power steering problem fixed, and the sound was gone.
There goes RM89.
Next, as the tires' life span is way over their years of service, and the car needs to get prepared for another long journey home, the tires need to get replaced too. My supervisor recommended a tire shop just right opposite our cluster, and when I consulted the shop owner, he said even our VC visited his shop too! OK lah since the shop so 吃香, you get my business boss!
There's no other car when I sent the car to the shop, so it took about 30 minutes to get everything done! 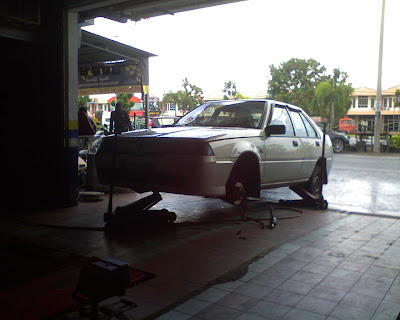 ^The yellow building at the background is my cluster 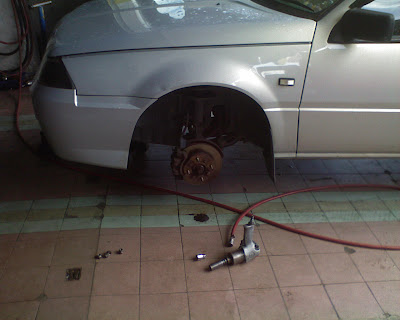 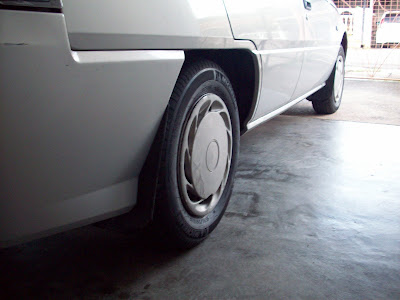 ^Michelin XM1 x 4pcs...
There goes RM600.
No wonder people said '养一辆车比养自己还要贵'!! FYI, I was told by a China guy that to support a car in China is much much more expensive than in Malaysia... -___- 这就是驾车的代价...
Random pictah time: 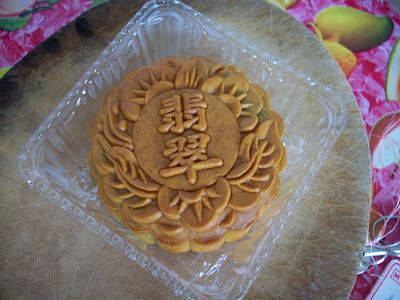 ^Mum's name summore... ^^
It's been ages since I last had one slice of mooncake. The other day, when I was buying lunch at a food stall, I visited Kangar's famous pastry stall to buy some egg tart and sao bao. The boss promoted his mooncake, and said something quite awkward:"你很久没有来了噢..." Goodness how did you even recognize me? Or you mistaken me by someone else? I didn't visit his stall for at least one year liao!! Hehe...
So, I bought one from him :) 金翡翠莲蓉. 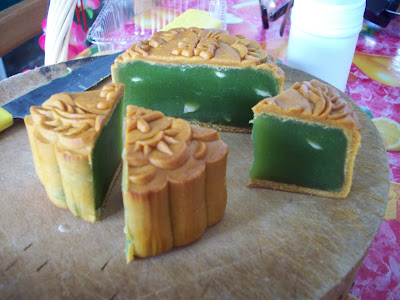