May 13, 2014
The event was held two weekends ago, took place at Esplanade, Padang Kota Lama, Penang.

The word "12 hours" might be horrifying, but I've been to the 12 hours International Walk in Putrajaya, so no biggie for me.


We arrived at the venue at around 4pm to collect our "goodies bag", just to find out that we were only given a singlet and a bib aka a number to pin on our baju. We paid RM50 for this!? I went wide-eyed and asked the innocent part time committee:"ONLY THIS!??! THIS is THE goodies bag?" and they innocently nodded. 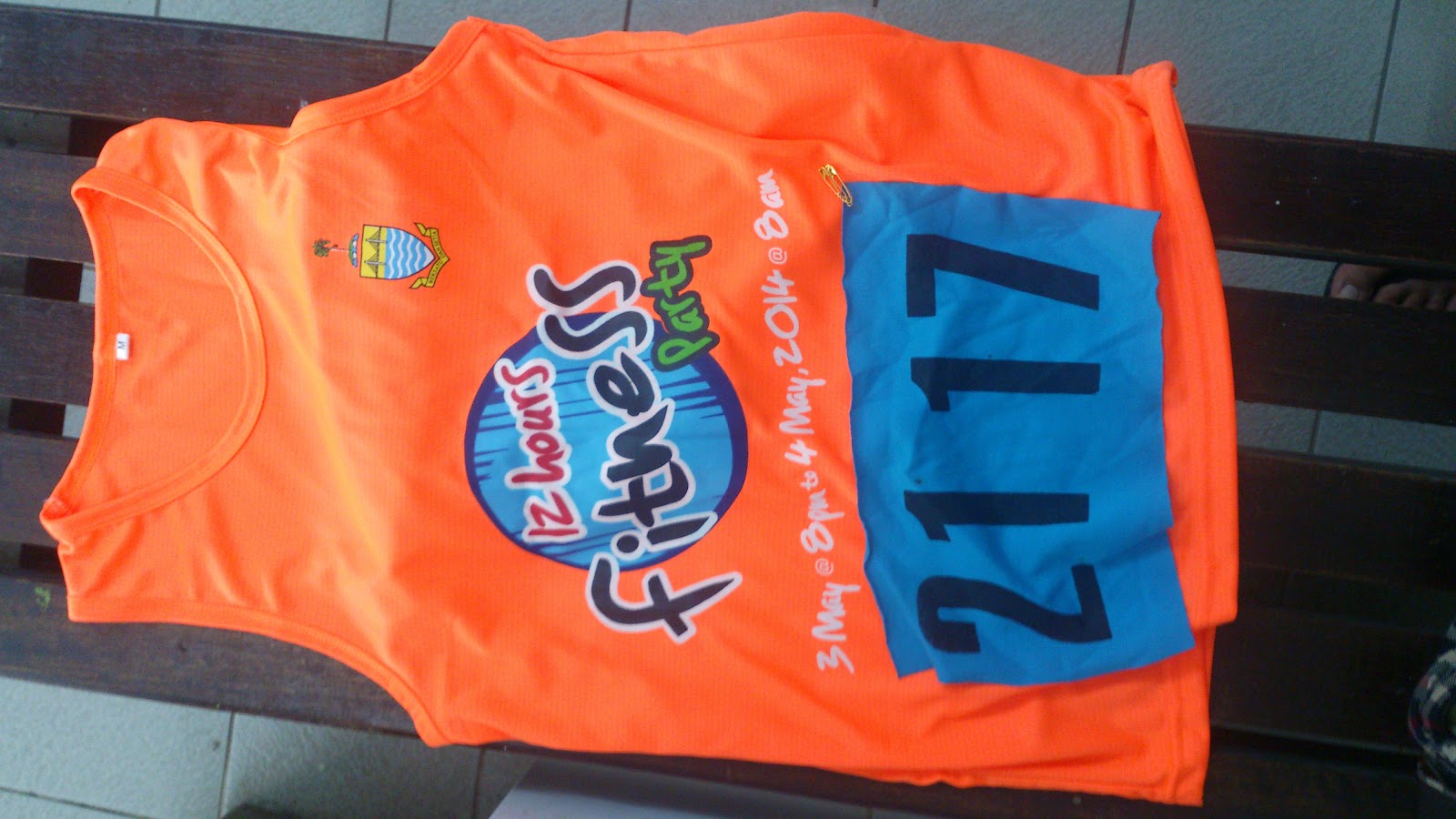 Besides that, parking is one of the issues too. We asked for a pass or something to park at a designated parking (since Theresa was one of the instructors that night), only to find out that there's only ONE pass given for the Fitness event, and it's useless.
Several roads were closed for the event (mainly for the 12 Hour Walk), traffic was horrible, and we needed a place to park. Since it's gonna be an overnight event and there might be a parking charge at some locations nearby, we asked for a pass to park inside the event compound. First, we parked next to the Town Hall, and soon after we were chased away by the Walk event committee as we were 'in their way'. We hurriedly moved out car only to be blocked intentionally by some other Walk event committees. So we went out, made a big round and tried to get in at the other blocked road, only to find out that the officer who was guarding the road did NOT know anything about a blue pass. Exact word "Saya tak tau apa-apa pun pasal pass biru!" -_____-

We had mee goreng and coconut shake with the other instructors at the food court next to the field... 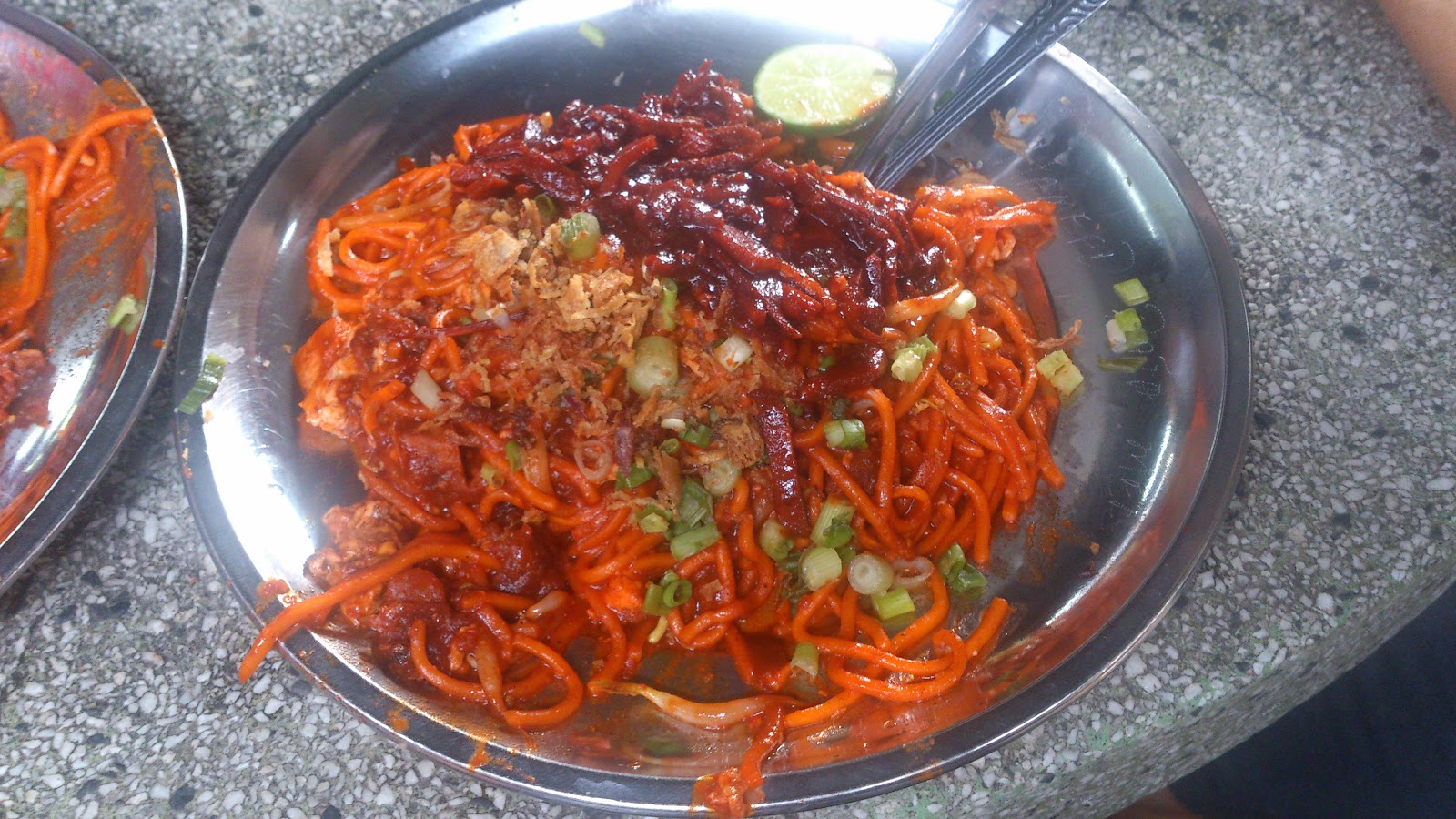 An hour before the event, rain struck. It's not just any cozy rain shower or raining cats and dogs of level, but the level of lion and tiger!!! Heavy rain, big wind, everyone rushed for the nearest shelter they could find, us taking shelter at the toilet area. Thankfully the public toilet area at the Esplanade is very clean and comfortable to stay in. 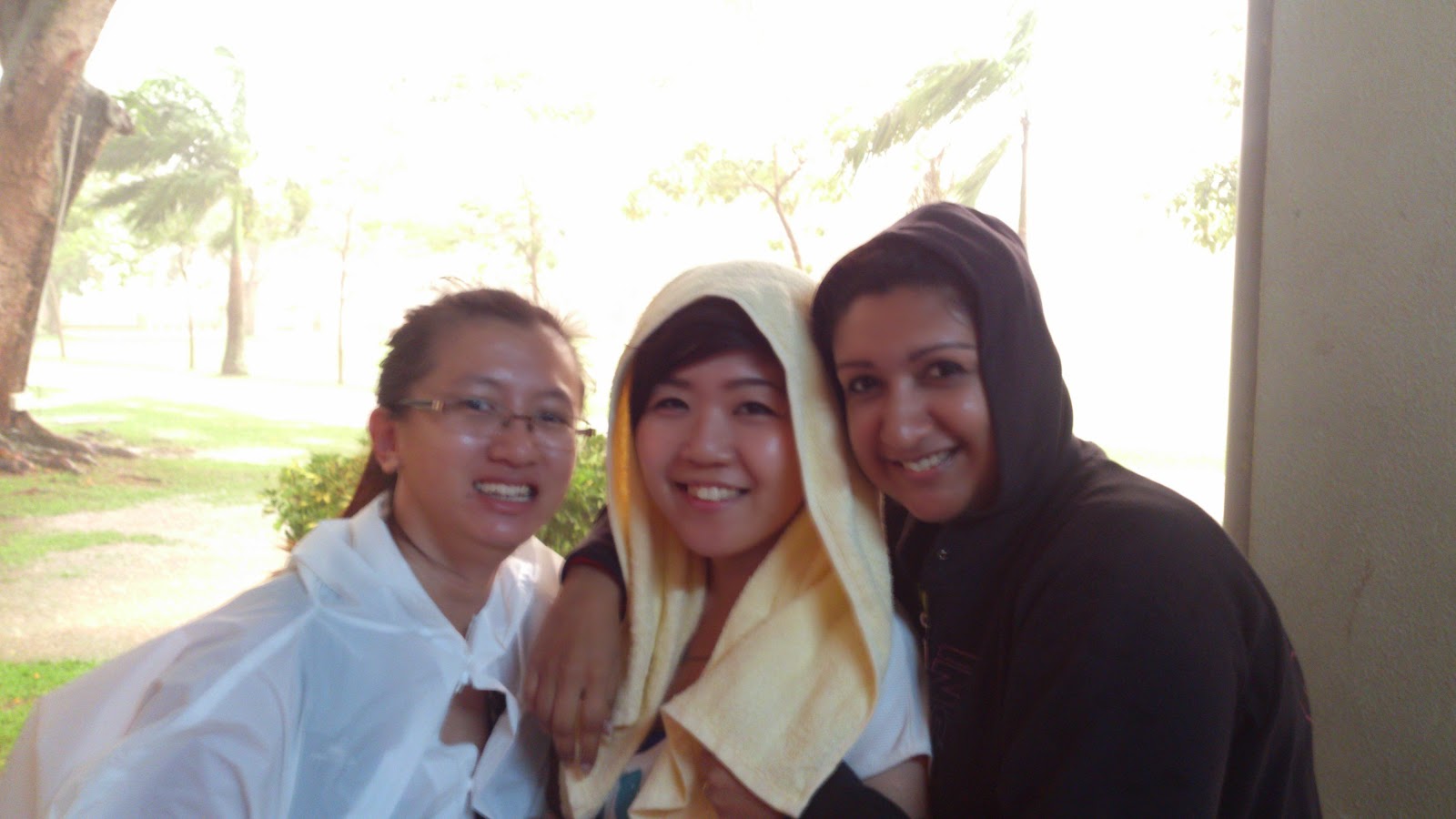 The rain was so heavy, a big branch from a tree next to the toilet broken and fell down! The field where the event was supposed to go on was flooded with rain water. That was the last straw, we waited until the rain was drench-able, rushed to the car and went back to Theresa's mom's place.

We went back to the venue at 4 AM to join the crowd. As Theresa said, once the music starts, all arguments and problems and everything else go away. The venue was shifted to the road as it was impossible to use the field, with the Walkers walking in between the instructors and participants. The night was breezing and cool. I jumped in and out of the dance floor having my great time, we served as back up during Theresa's session, I won two head bandannas from the quiz session, it was kinda awesome.


When the countdown reached 0, 12 Hours* Whatever has completed, and the instructors high-five-ing with the crowd, and the music stopped.

*It supposed to be 11 Hours only as the first hour was disrupted by the bad weather. 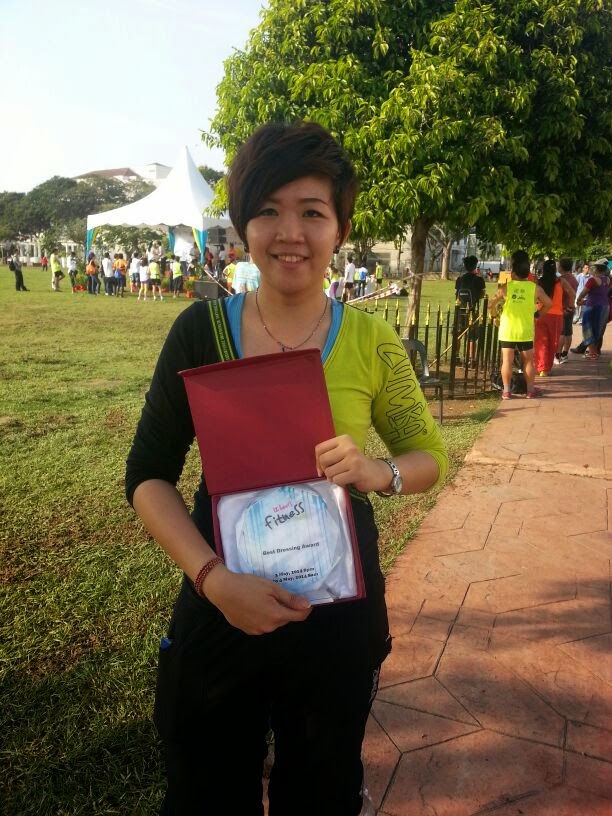 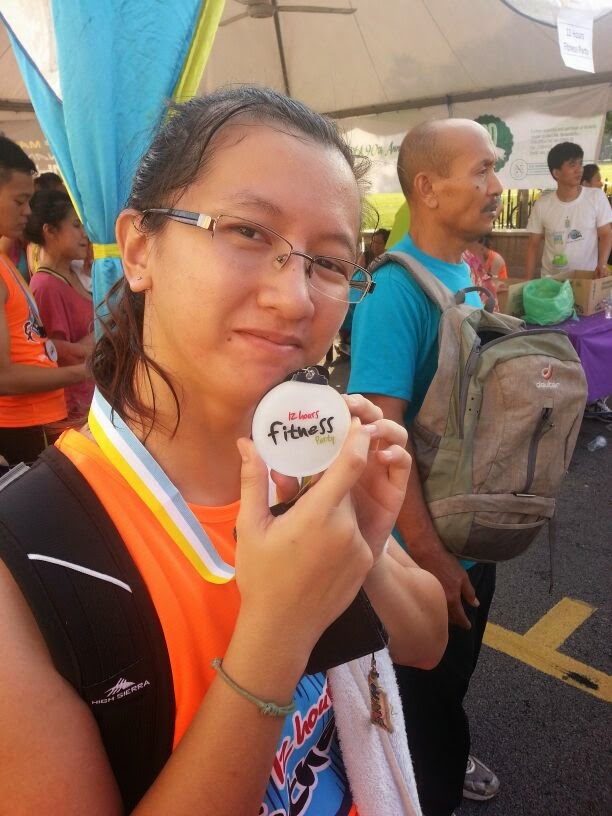 Every participant was given a medal. Sigh, acrylic medal... Low quality! No more outdoor Fitness/Zumba events for the time being.

As this event was organized by the Penang State Government, I have to say "GOOD" job! *SMACK on the back*
friends ZUMBA