January 27, 2013
I have heard about the awesomeness of Sherlock Holmes and Dr. Watson.
It is even said that the combination of House MD and Wilson in, obviously, House MD series, is based on the said combination, or so I heard.

Unfortunately and shame to say, I never read any of the Holmes stories by Sir Arthur Conan Doyle, be it English or Mandarin version, I haven't even watch the Sherlock Holmes movie starring Robert Downey Jr. and Jude Law.

Anyway~ After the ultimate slowpoke - I - finished The Good Wife Season 3 (awesome season, but I don't have much feeling to write about it), weekend arrived and I have ample day + night time for long duration show, so I sorted to this series, Sherlock. 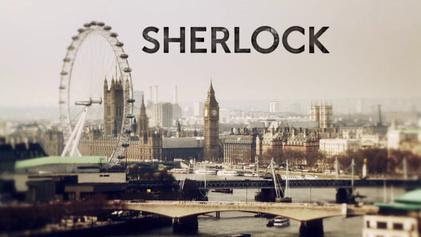 Sherlock is a British crime drama, three 90-minute episodes per season, depicts "consulting detective" Holmes assisting the police in solving crimes alongside Dr. John Watson who has returned from Afghanistan.

This series is different from what I've watched/watching as most of the series are American series. The first thing that caught my attention is definitely the sexy British accent! LOL... Oh as well as their poetry and flamboyant script (is that a suitable adjective?). Now THAT makes a difference between the American and British series. I have to keep 'rewinding' to literally read the subtitle and continue.

The characters and all the blahs you can find it here, and with such high rating, there is no doubt the series blows my mind! Realized one thing, that when you are mesmerized and overwhelmed by a thing, you can't find the correct word to express the feeling, and that's exactly how I feel about this series. THAT good ^^

Just one complaint though, three episodes per season are definitely not enough!!