October 06, 2014
That means 'much love for your birthday' in German.
I'm picking up my long lost German language using Duolingo App, and it is so damn awesome!! I'm currently in 15 days streak now, supposed to be more lah but one day the Internet was horrible and I skipped a day hence lost the streak -_-

We did not talk about my birthday plan at all, because when I asked once some time ago, Hon just said:"Do what? We just go out eat and back home sleep loh. What else to do leh?" So i got sien and lazy to even mention it anymore.

Of course he doesn't mean it lah (even my besties back him up nah...) but when he said it like that it means no point asking also die die he wouldn't tell.

On Thurs night and Fri morning, I was upset about something trifle and I couldn't get over it, so upset I nearly cried on several occasions. 'Nearly' because I die die hold my tears don't let it drop LOL. Nothing biggie lah but word hurts and I was emotional and sensitive those days donno why. So when I went dabao my lunch, I ordered a coffee at a stall next to the makan place, and it was so good I felt so much better!! hehe..
Flew to KL on Friday night by MAS, it was a packed flight as it's long weekend ahead. When clock struck 12, Hon wished me happy birthday, gave me a kiss, and stopped at Donutes Kota Damansara to buy cakes. We had our supper by the roadside Ramly burger stall.

In the morning, we woke up early, had breakfast, went to Giant to shop for BBQ and picnic food, and off we went to Fraser's Hill. Our picnic spot was a secluded stream at the foot of Fraser's Hill where Hon's friend brought him years ago. Enroute, the view is very beautiful, similar to those hilly roads at Gerik. 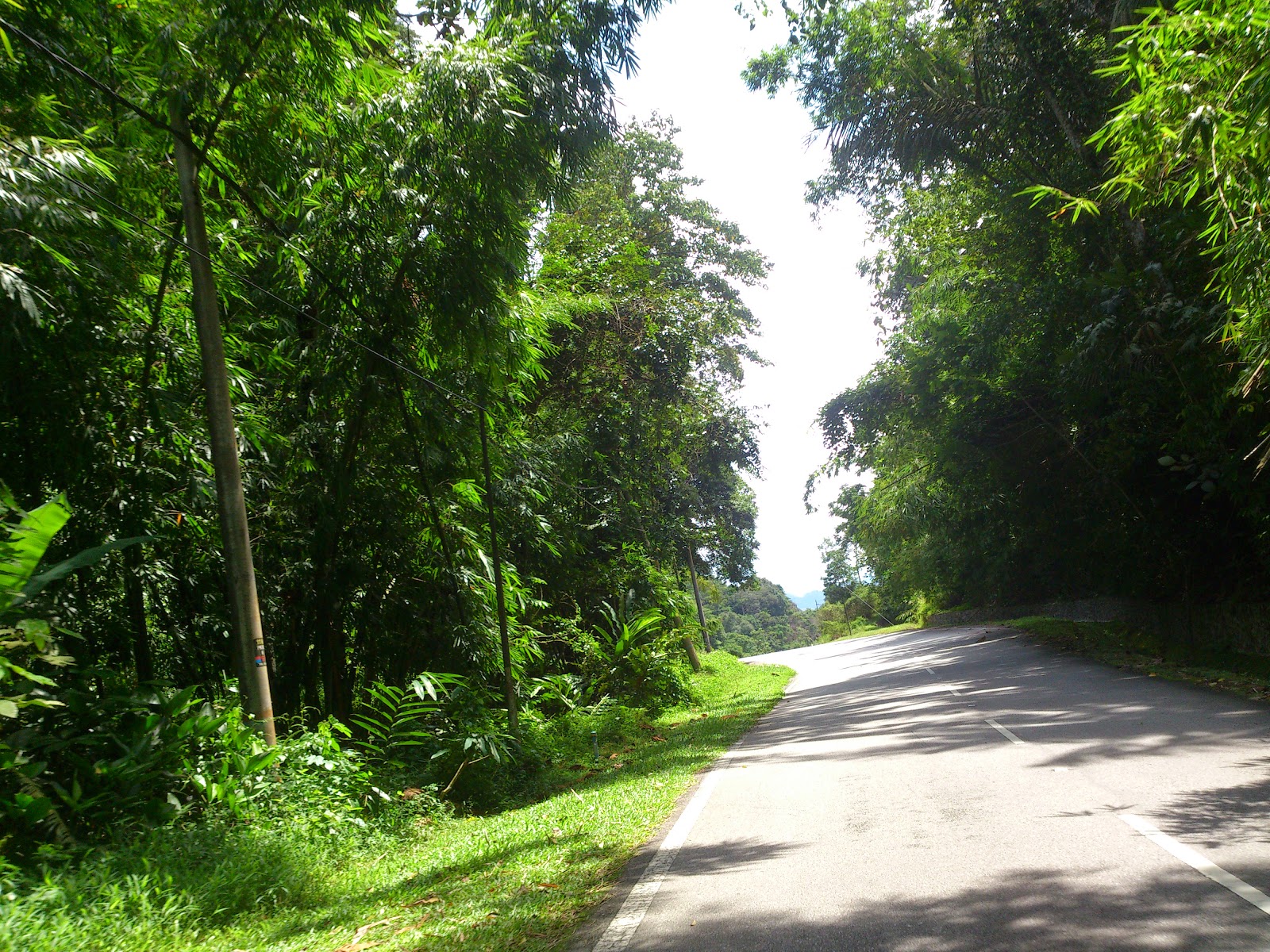 We stopped at Sungai Selangor Dam for sightseeing and to eat my birthday cake. The view was awesome!! (although the water level was indeed critically low...) 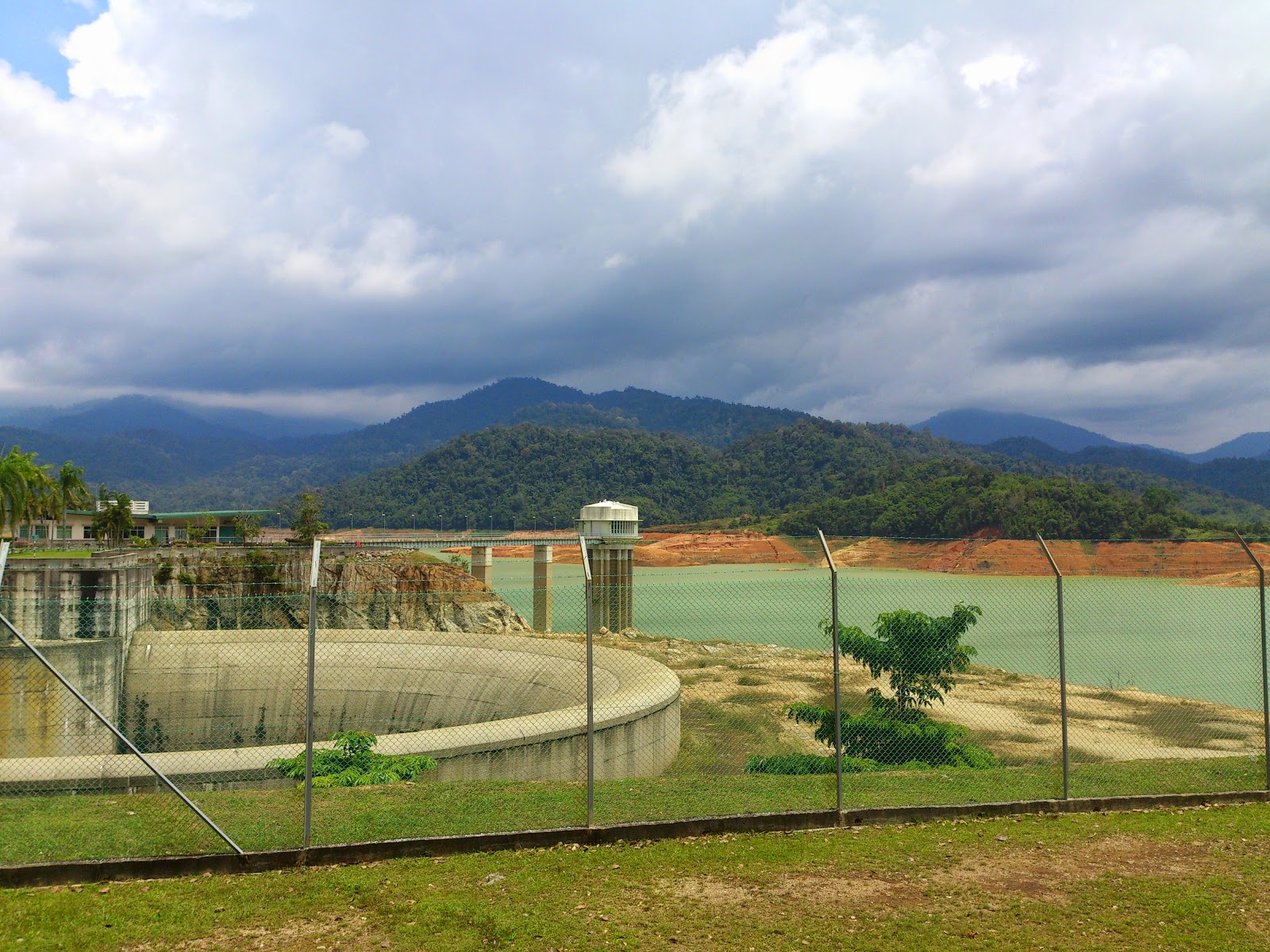 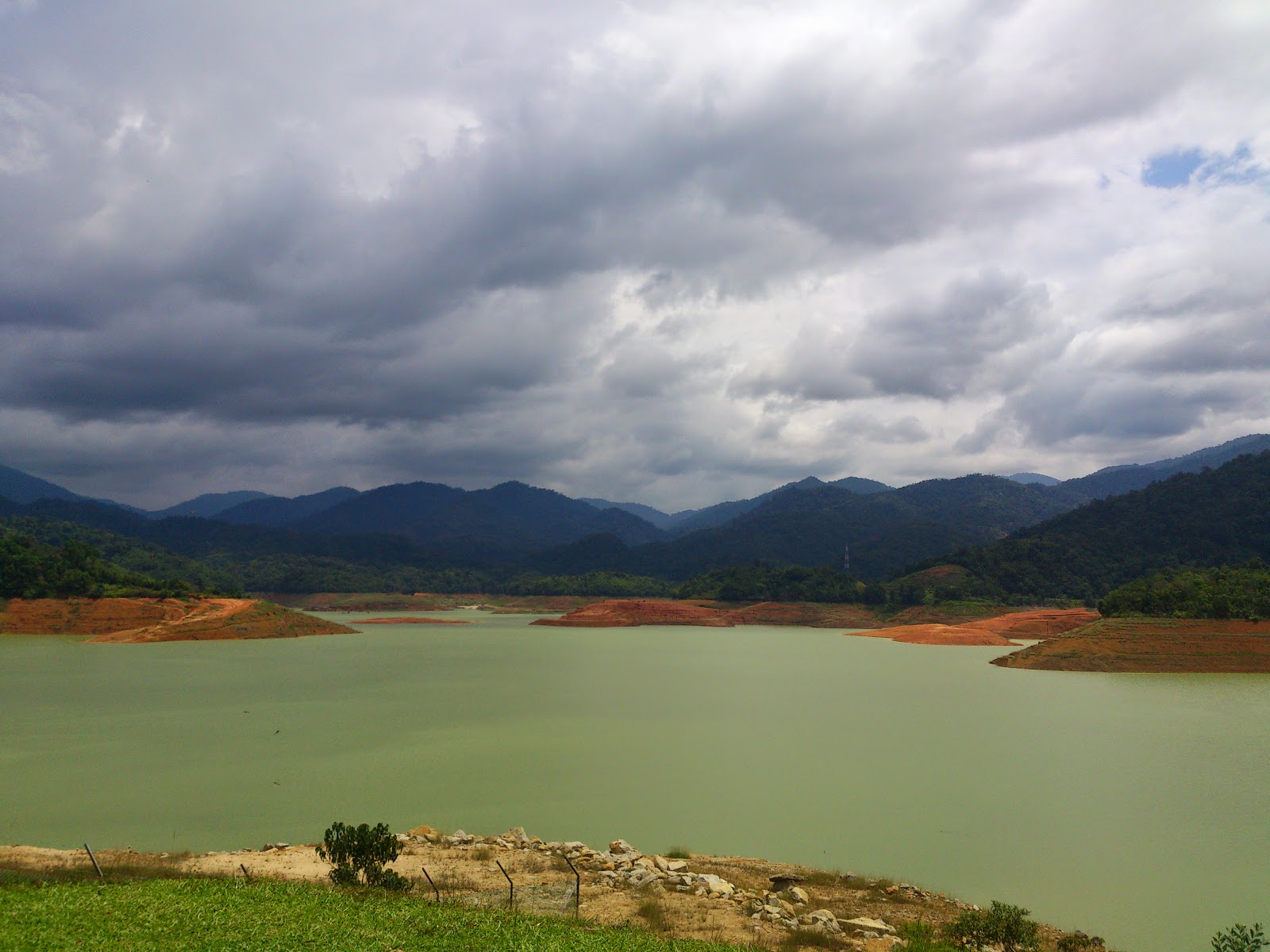 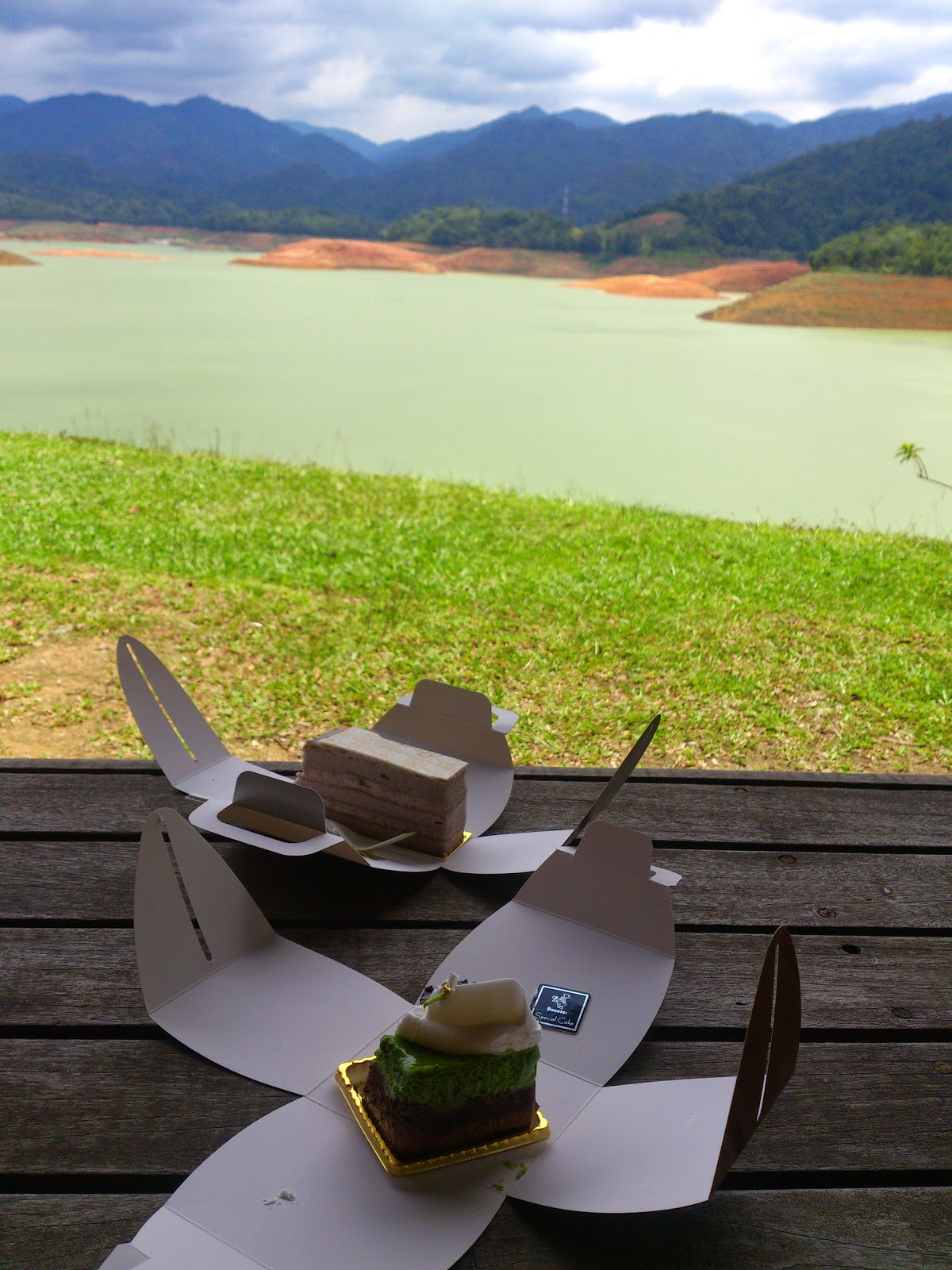 There was a 'No Outside Food' sign at the gazebo, but we saw no guards or staffs around so we broke the rule, though we be very careful not to make the place dirty of course. Just when I had few more bites to finish the cakes, a guard spotted us and warned us about the food. Quickly swallowed the cakes and left hehe.

As you can see from the photos above, the day was very cloudy with dark heavy looking clouds all over the sky, we prayed that the god can give face lah since it's my birthday! (as if it gonna work haha)

The secret spot/stream is at the foot of Fraser's Hill, about 4km from Sungai Chilling waterfall park (or from Google Photo's location - Batang Kali). The stream is part of the Sungai Sangloi that is perpendicular with Sungai Chilling. 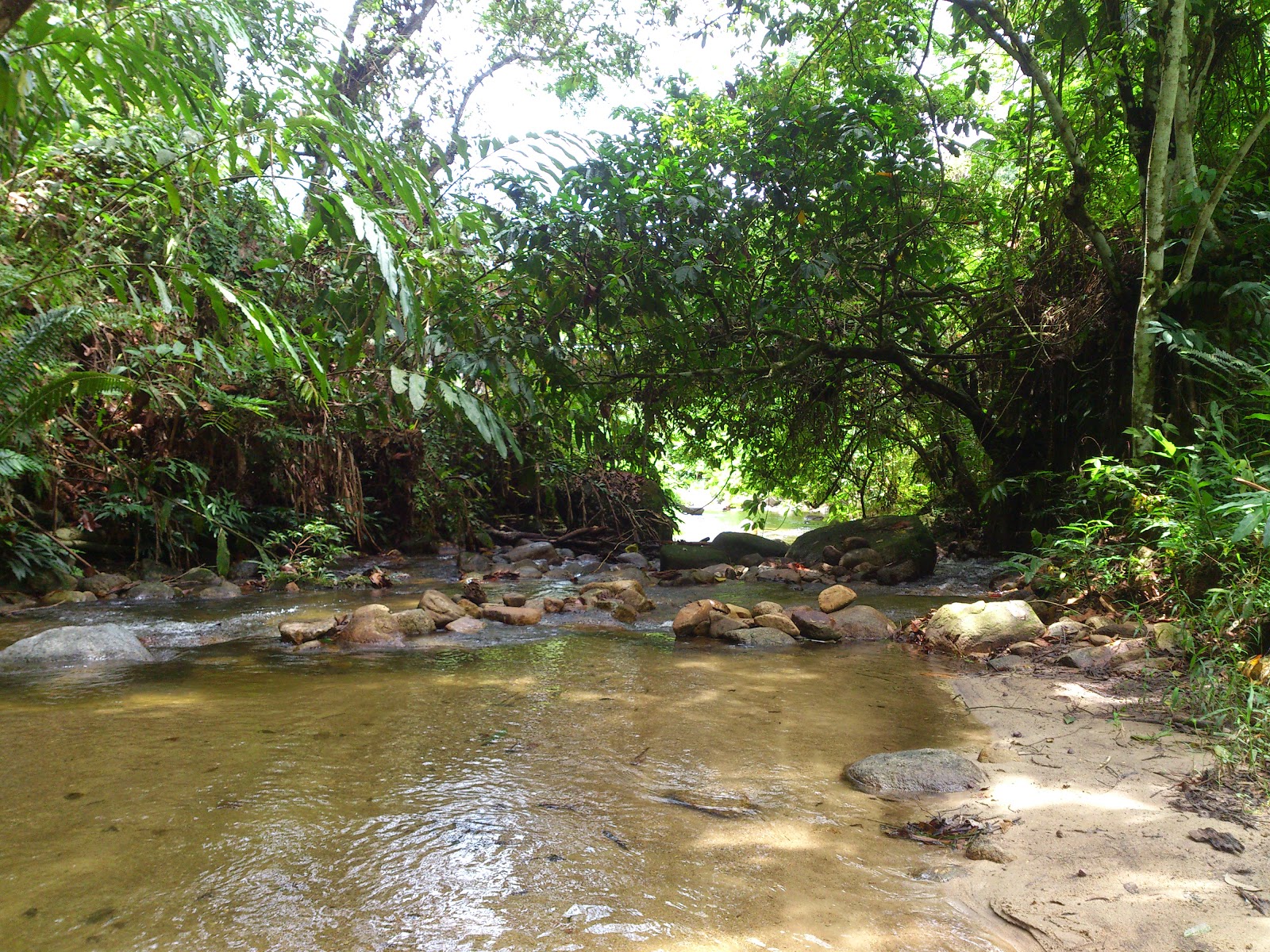 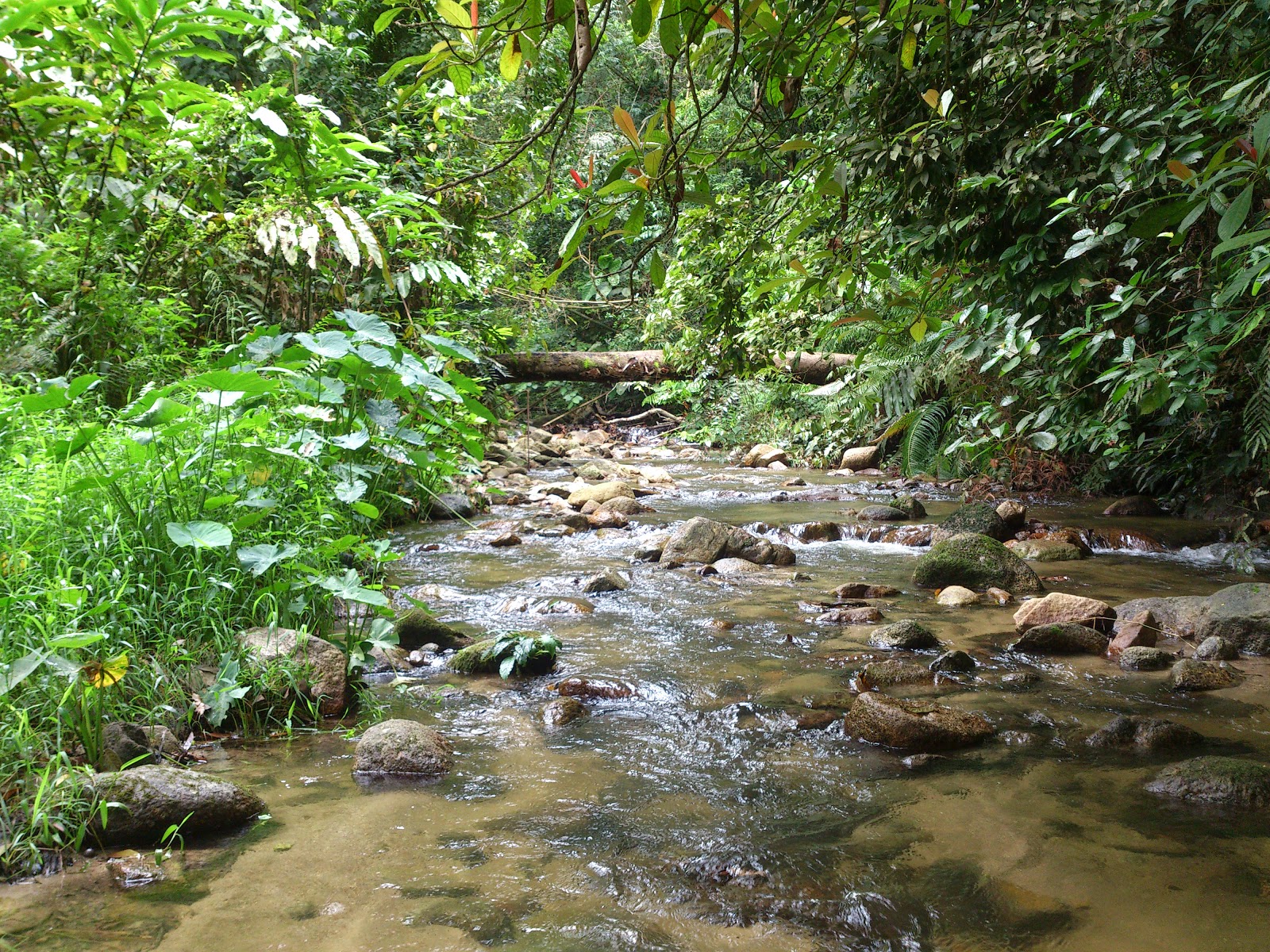 The stream is very easily accessible from the main road, the plus point is there's a parking spaces by the roadside, and another major plus point is it's completely empty!! :))) As greatly opposed to the Sungai Chilling waterfall.


Hon set up the portable BBQ pit, we played at the stream, the water was very cold!!

As the fire set down, we prepared the food to grill, and that's when the rain started to drizzle. Just when we thought we could get it through it started to rain heavily, so heavy we had to pack up really quickly and clumsily and ran for our life!! The god really no give face :(

The rain went on heavily all the way to the foot of the hill, but right after we got out from the forest-y area the rain slowed down, it was only drizzling at the Sungai Selangor Dam area, and some places were completely dry!! No wonder the water capacity at the dam was critically low... Rain spoiled my birthday but didn't help the dam much either... -__-

Anyway, Hon is always prepared with his can-do attitude, although the rain pretty much spoiled his plan.

We stopped by Hulu Yam for the famous Loh Mee 乌鲁音卤面. We had ours at the Hock Choon Kee 福春记, which they claimed to be the first and original Loh Mee in Hulu Yam. We chose this shop because it had the most customers along the alley. It was 3pm if the shop still has few tables of customers it must be good right? 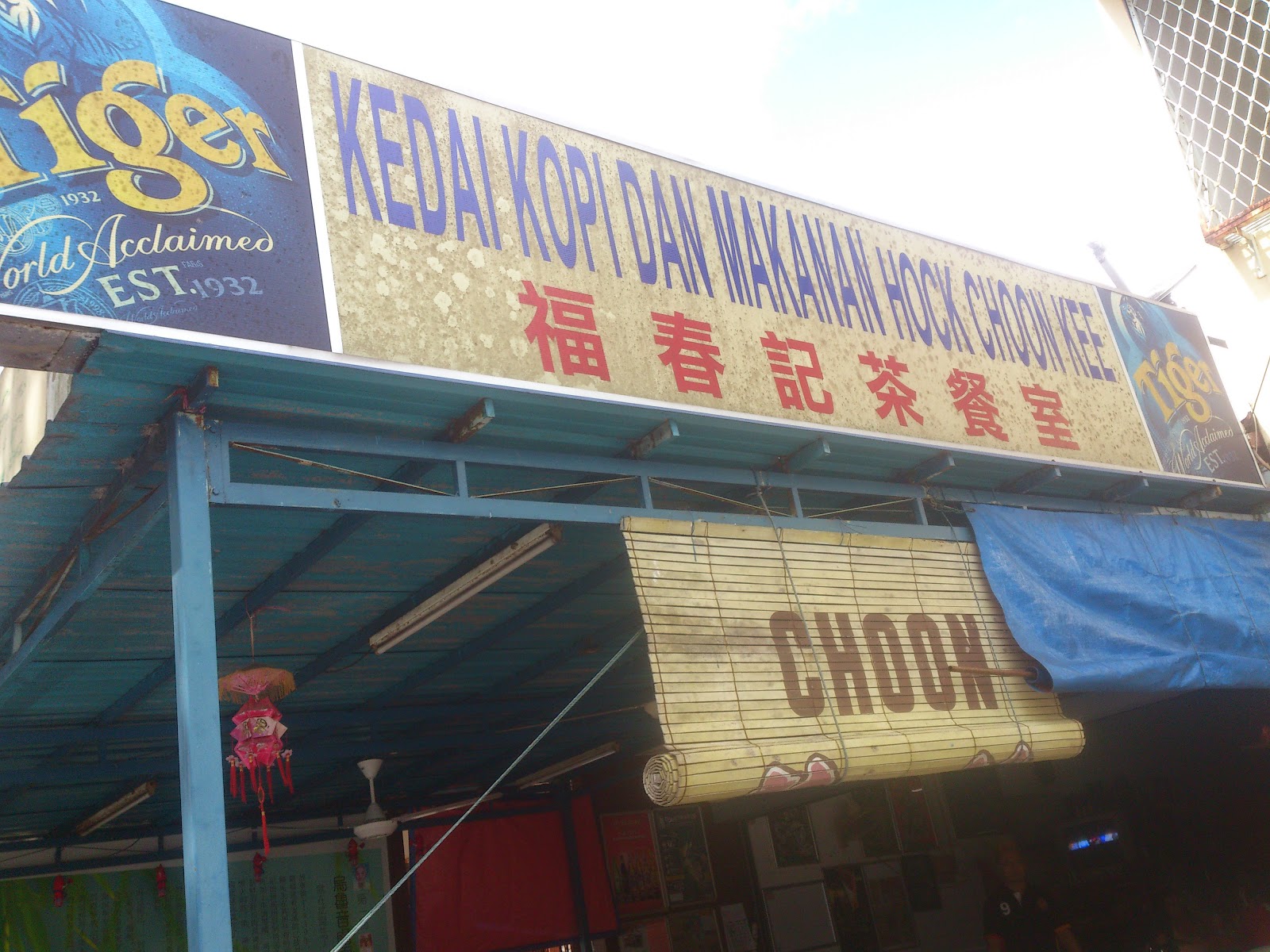 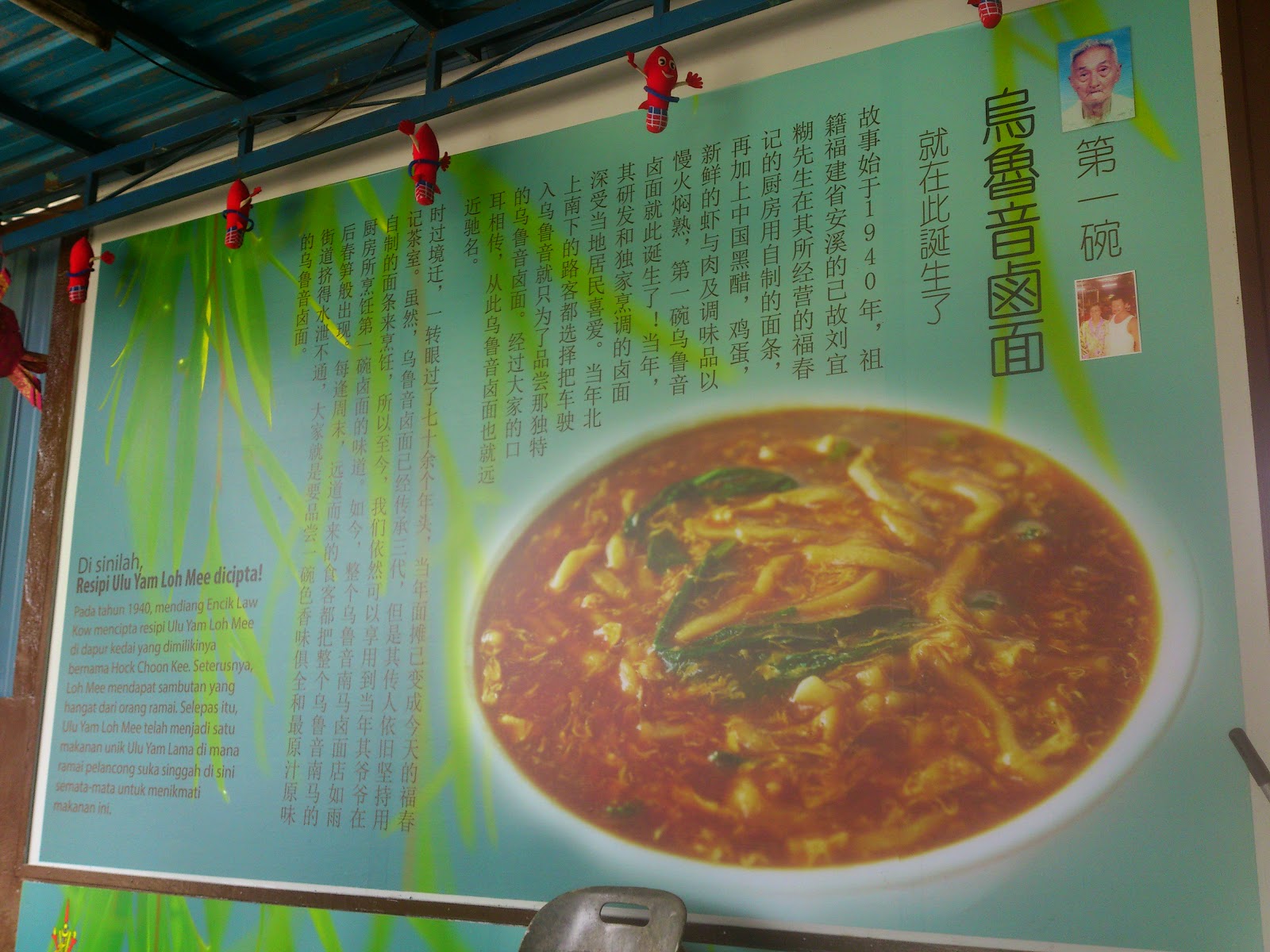 We ordered a Loh Mee for two person, fish cake, and a fried potato leaves 炒番薯叶.

I smelled the next table's Loh Mee, wow so strong scent of black vinegar me likey!! The railroad is just next to the shop, about 500m away. It was cloudy, windy and drizzling, such a nice weather to have a bowl of hot noodle!

Ten minutes later our food was up!! 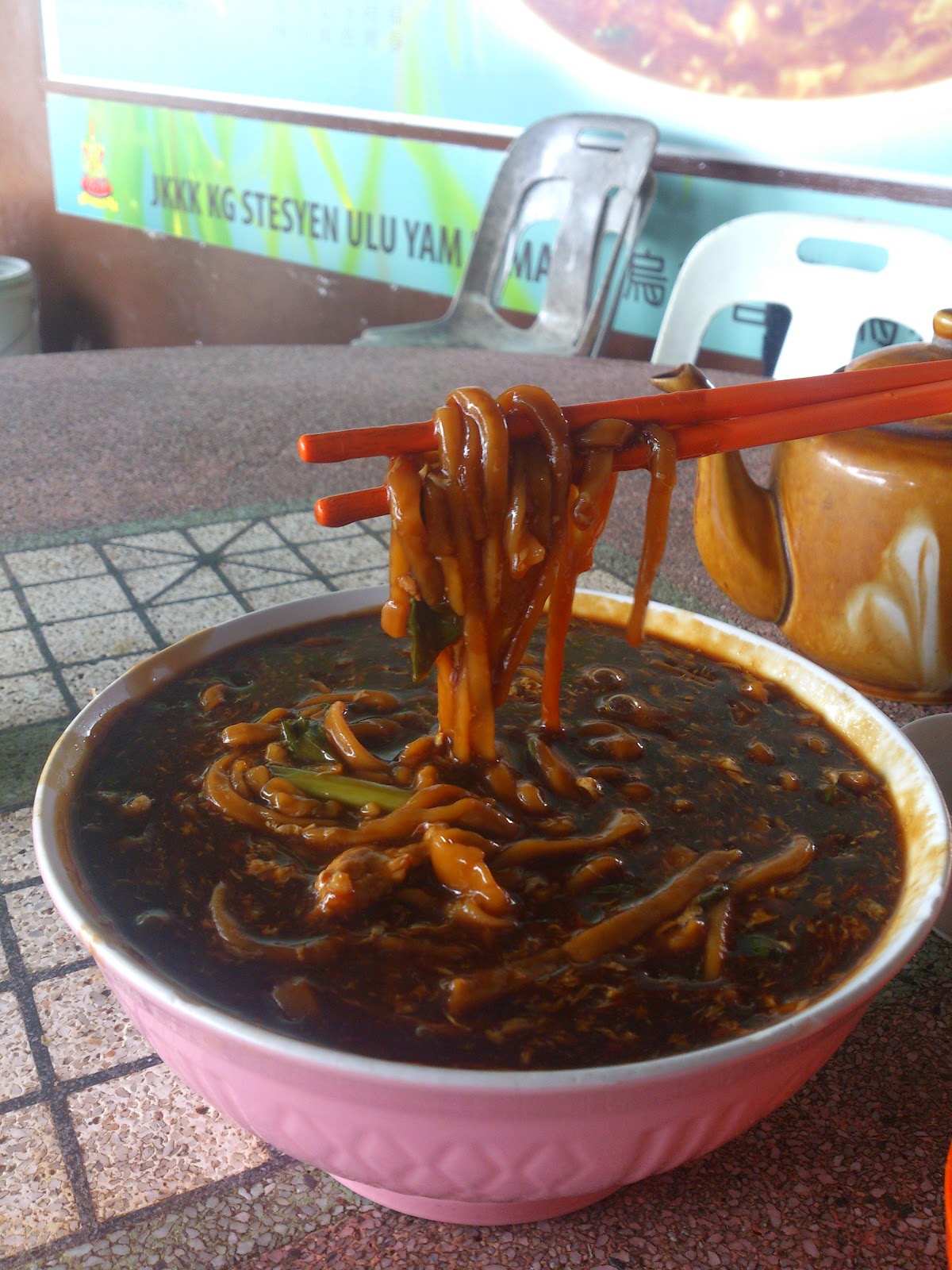 The noodle is homemade, the broth is thick with slight sense of vinegar (you can always add more if you want), very nice! 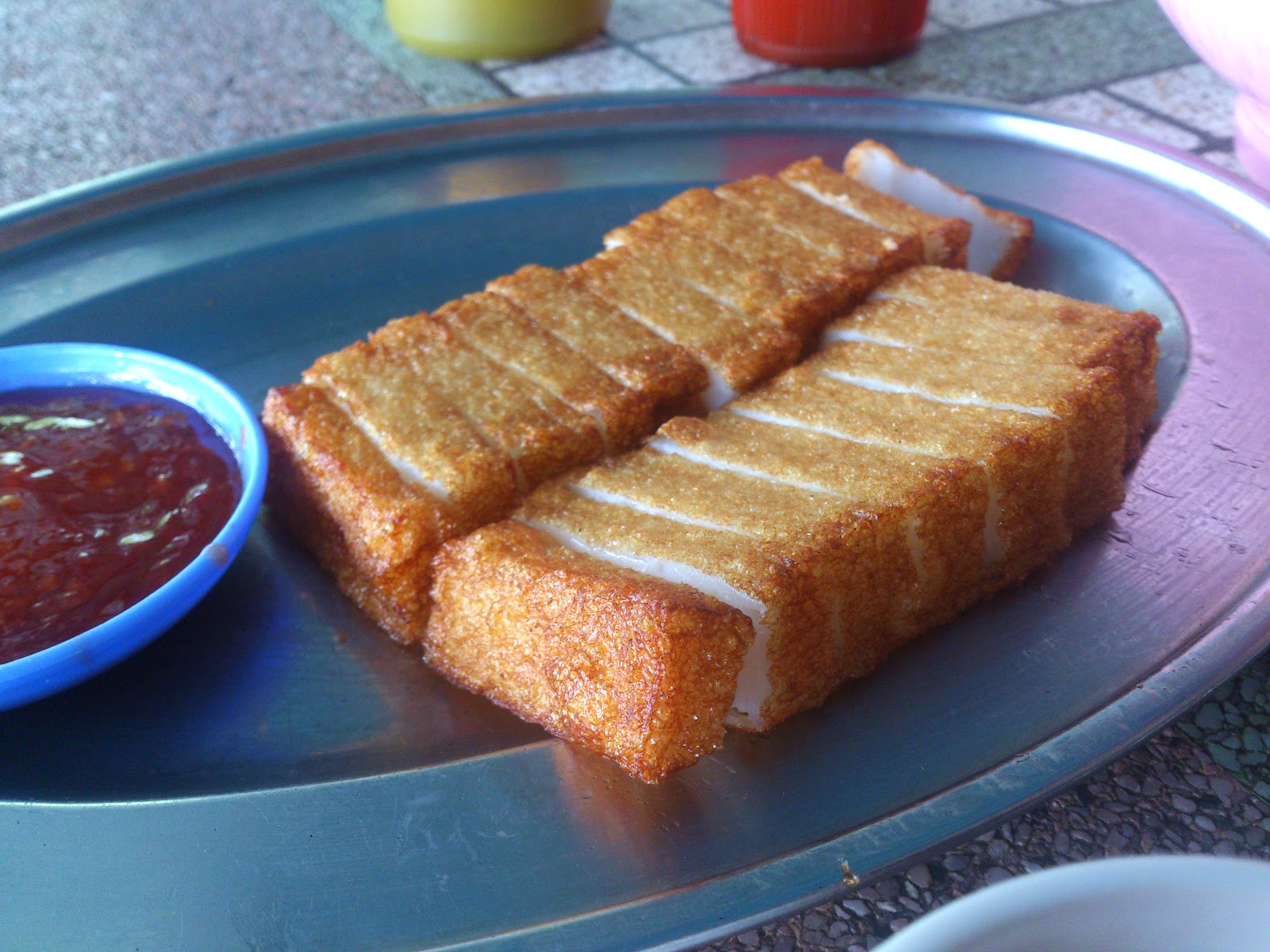 The fish cake, well I didn't expect it to be this kind of fish cake as I assume it was keropok -__- coz they called 鱼饼 aka 'hu bia' in Hokkien which means keropok. But it doesn't disappoint lah coz I love this!!

We used the B57 Route from Batang Kali to KL. It started raining again and wow it was no longer a 'cats and dogs' level but more of a 'tigers and ... hmm... XL sized Saint Bernard'! It rained so heavily it kinda made me worried we would be carried away by the flash hill flood; the water from the sloppy hills drained down to the road causing flash floods in some areas; it was horrible...

When we reached home, we continued our BBQ session. The food (namely the chicken chop piece, two small square fish cakes and a corn) was quarterly cooked at the stream until it rained and we had to escape, so we continued cooking and eating them at the gazebo of the apartment haha!

That night, since it's almost the end of the day and I still didn't have the chance to wear the new Triumph bra Hon bought for me in Phuket, we went out again for yamcha and paktor session at Cosans Coffee at Cascades, Kota Damansara. Saw Kenny walked in the cafe and both of us were shocked and surprised!! LOL always meet him in the most random way... 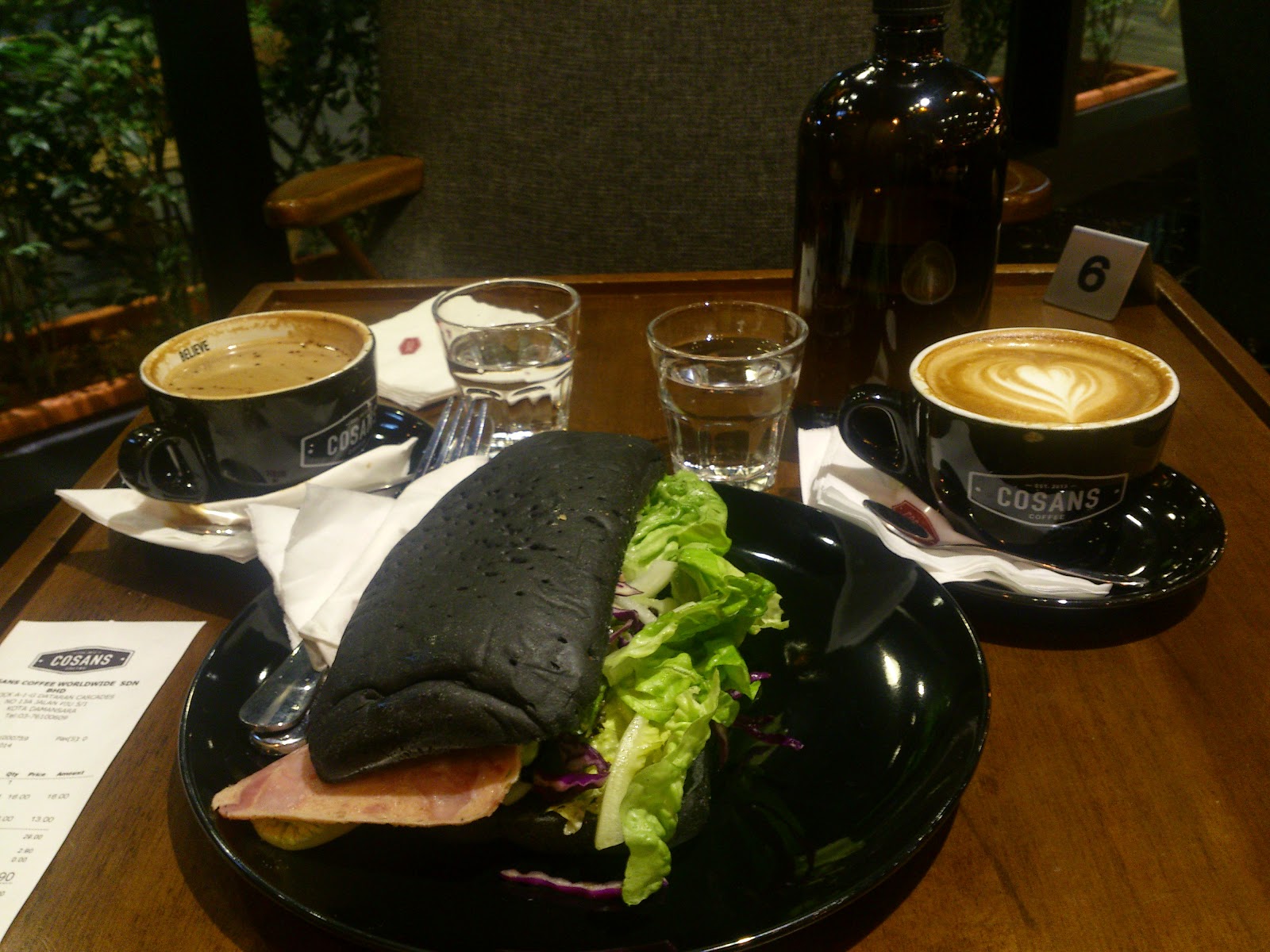 The day ended with a kiss on the cheek and lips, and my disappointing bowel movement -___-

Had coffee gathering with the sisters the next day at It's A Grind Coffee House in Subang. Hon sent me off to the airport and that's it for the birthday weekend!

Happy walker said…
First time visits here, nice blog and sharing, I wish you to have a happy day~ =D