Showing posts from January, 2010
Show all

This deary Charlie here is less than 1 cm long, and the hemolimf liquid inside its body contains the most …
37 comments
Read more

This is one 'based on true story' story that is definitely gonna earn my tears, I mean, it IS earning now. Sigh~

My lecturer talked about this story last semester, when he was explaining some diseases, and his comment about this story was funny, although he never watch it, and he will not gonna watch it. His comment was: "My friend told me that I MUST watch this drama no matter what, because it is so touching, it made me cry!!! Please take note, that friend is male, and that's the point I'm not watching it, and I'm not gonna watch it at all, because that drama made a man cry, and the friend gave me goosebumps". The meaning is more or less like that lah, and he made me LoL.

I watched the movie version years ago. It is sad, but not sad enough to break me down and make me cry, so I told my sister about that when she introduced me the drama version.

She said:"The effect is different! You MUST watch the drama version! Even me also cry!!!&q…
Post a Comment
Read more 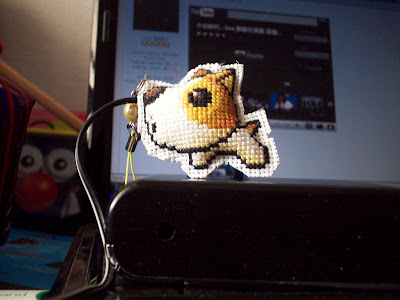 Hobby-(ies) suppose to be what you like to do during your leisure time right?

Well, in my case, I have few hobbies that I love to do ALL THE TIME.

Thus the title: wonder what the hell is MMNE? Make-Me-Neglect-Everything Hobby

Lab reportSS to submit by next week? Nah~
Unfinished and half-sky-hanging FYP data analysis? Cheh~
Sitting beside a window where the hot-like-shit sun shone in? Duh~

Once I lay my hands on them, it's hard for me to stop. Unless suddenly I have some pathetic self-conscious and the feeling of regret, I'll put my MMNE hobby(ies) aside and pull in the serious stuff to start working on.

Too bad, the self-consciousness and regretness last about 30 seconds AT MOST, then MMNE hobby strikes in again. Sigh....

What have I been MMNE so much lately?

Just finished it this evening before went out for jogging (2010 resolution: jog/walk every evening!).

Now well hung with my handphone. Still have some problem about the side sewing thing, so might modify a bit more so that…
Post a Comment
Read more

After the overwhelming Phobia 2, I watched 4bia the other day, alone in hostel (everyone's in the room) at the evening.

It is a 4-stories-in-1 movie, as per its title, and it's about revenge, nemesis, karma, friendship etc. The stories were rather make sense, the plots are good, but I don't really buy the effects. Make the movie too fake.

I would say, 4bia is scary, worth to watch, but I prefer Phobia 2 more.

Yup, it is a drama series. So?

I love Simon Baker! I never watched 'The Guardian' before, thus I don't know him until this series came along. After being so addicted to him, I watched few episodes of The Guardian and it was good.

I always love series about investigation and things like that. This series gives a different point of view about how the case is investigated, different from what CSI is doing. A little psycho, I would say? Hehe... 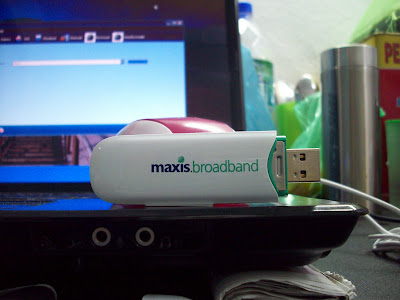 Have been using this baby for three weeks now in Perlis.

Ok lah maybe it is not capable to do the 'illegal' stuffs(you know what I mean), however, so far, watching youtube, playing FB games, signing in MSN etc have not been a problem for me.

I compare the service with Celcom Broadband which owned by Adik.

As you might or might not know, UniMAP is the 'famous'ahem public university which has distributed campus all over Perlis. So far, I've been trying the broadband service in places where I hang out the most: hostel, labs, and classes.

Adik says her BB has different signals in different places, there's even difference when she uses it in different rooms in one hostel! And the signal ain't strong too in Dragon's lab. Unlike Celcom BB, Maxis BB has a constant speed no matter where I am. With Maxis, I get the same speed where I go, in Perlis particularly.

I was told that Celcom and Maxis use the same line for both handphone users and broadband,…
Post a Comment
Read more 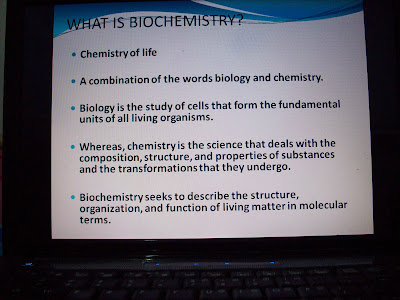 Everything seems to go backward this semester. I mean, the things we're studying now.

We're in the final year and final semester, but we are seeing stuffs like...


^...and this - Engineering Mechanics

1. Us the Diploma dudes need to take the two 'Engineering Material' and 'Engineering Mechanics' subjects that really belong to First Year's syllabus as we cannot carry forward the credit hours. Things got a little sour in the middle due to mis-communication and conflicts on issues about this, but it is done now. Just pray hard this two subjects don't affect my pointer. *Finger crossed*

2. Biochemistry is also actually belong to First Year's subject. It is actually a new subject introduced in our syllabus, and we HAVE to graduate with 'Biochemistry' in our transcript (some blah blah about Biom…
Post a Comment
Read more 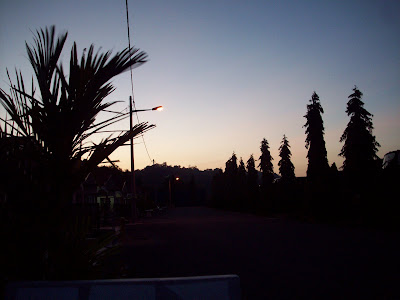 On Saturday morning, we went to a place where we had been to in Second Year First Semester and never ever since =.=

It's located about 10-minutes walking distance from our hostel, much faster by car, but since the 'theme' is to exercise, by foot is better lah~

So, we woke up at 7am extremely odd for me because weekend is a good time to wake up naturally!! and the sky didn't even brighten up yet!


^waiting outside the hostel. I simply love the early morning breeze!! :)


^The river Sungai Perlis we'd pass by every single day.

Ok maybe not every single day. Sometimes, we get a chance to see some pretty awesome boats parked by the river side. But most of the time I need to pay extra attention on the road I couldn't see.

Bukit Kubu is just behind this building. In fact, I think the hill is a series of mountain range which cross around Kuala Perlis and divide Thai-Malaysia. But that's…
Post a Comment
Read more
More posts