Showing posts from March, 2010
Show all

March is almost over 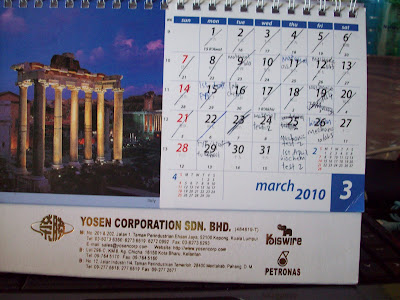 ^Can consider as the busiest month of this semester. Haih.

Too many things to do.

Too lazy to do!!! (now THIS is the main reason loh)

Thanks to the extreme weather (again), I've been going to library a lot lately. Maybe it's because I'm getting old, I get annoyed easily, I am grumpy every time I am here. Why?

Because some people are so darn ignorant and inconsiderate lah!

You are in the library lah my dear! Can you at least set your laptop into mute mode!!? I don't want to know someone is FB chatting with you, or some error on your file, or someone is skype-ing you, or watsoever lah! And, can you please talk with a much lighter tone or maybe you can please just shut the eff up because you are disturbing other people! I don't stop you from talking with your friends, but I am not interested to know about your conversation, so save your voice to y…
Post a Comment
Read more 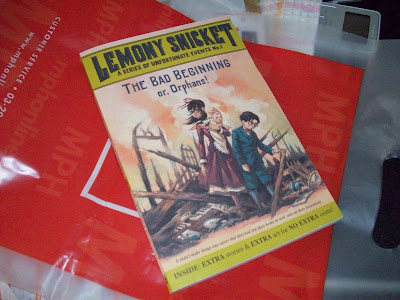 I love this particular friend so much loh! Although he always make fun of me.

I never thought you would take it seriously when I told you I was looking for this.

I never thought you would look for this every time you visit a bookstore.

I never thought you would actually buy it and send to Perlis to me.

I never thought you can be this sweet. =)

Although it's not the hard cover version that I was looking for, but this is good enough.

Even the remembering part can make me so darn touching already loh!

And, no, I am not passionately in love with him. It is a compliment to him for being nice. =)

Me: “Hi there, how can I help you?”Student: “I want to get a sample.”Me: “A sample of what?”Student: “What have you got?”Me: “What do you need it for? For class?”Student: “Yeah, for class.”Me: “Which class?”Student: “Social Sciences.”Me: “I’m not aware of any requirements for that class. Do you have it written down somewhere?”(The student looks through her bag and produces a piece of paper. She hands it to me.)Me: “This is an assignment to set up a small psychological experiment.”Student: “Yes! And I need a sample.”Me: “Do you mean participants? You want me to get you participants?”Student: “Yeah, the teacher said about 30 should do. Do they come to my place or do I have to get them from here?”Me: “I’m afraid that’s not how it works. You have to find participants on your own.”Student: “What? That’s ridiculous! Isn’t it enough that I do all the science?”
Should have ask the subjects for my FYP from the sport retail shops too!!
Isn't it enough that I …
Post a Comment
Read more

Famous Quotes of the Week

March 17, 2010
I hope my lecturers are still increasing my blog's traffic although I always kutuk them here. Haha. It's sarcastic lah!! :p

One fine morning, we were supposed to have presentation on this particular subject, when one coursemate unable to attend the class as her bus was late.

What is going on to report such news during the UPU application period (and closed yesterday fyi)?

To downgrade the Uni? To reduce the number of intakes? For propaganda purpose? Politics perhaps? (btw, 'politics' I meant here is not like the initial B initial P kind of parties politics, it's a kind of publicity playing technique)

I'm not sure who's fault in this case, but I get furiously angry about the news loh!

Not to say that I am a superb 爱校 student who will defend UniMAP thoroughly, but, hey, you Kosmo people don't know the whole story, can you please don't cincai-ly make up one can boh? Main belasah je~ And stuck in the middle of nowhere without further explanation and watsoever, NOT EVEN A FULL STORY. Effing-ness overload!

A: When do you need to submit your project report/draft?

Q: What is the MOST common answer?

I've been over using my brain too the max this few days, squeezing every nano-inch of the brain cell to complete one sentence in the report, not to mention there are thousands and gazillions of sentences that I need to type out.

My fingers are all aching, due to too much keyboard bashing, especially my right middle finger. It is already 'growing' sideways, now it is more 歪 liao. Jialat-ness overload.

Have been sleeping at 3am to make sure the job is done, which is not really work.

Now, all I eyeing for is the arrival of end of the month, which overall-ly announce all the courseworks will be submitted, all the Test Two will over, and the smell of freedom is closer.

March 14, 2010
I went to a food court near Kuala Perlis jetty for dinner with housemates.

I saw this guy having an utter huge ABC aka ang dao seng and totally drooled for it, I ordered one too. And, OMG it's really huge loh. orz

Everything went well during the ordering food and eating part, until during the end of the dinner, we were talking about 'laughing'. My housemate said she has a friend who laugh 'weird'ly, like 'ahak ahak ahak ahak'... We were all laughing endlessly after trying to 'laugh' like her friend. Then Adik said Mawi, the famous AF winner, has a funny laugh too. His laugh sounds like GOAT!!

You know what happen next?


I puked in public!

This was what happen.

When Adik told us about Mawi thing, I ate a 1/3-spoonful of ABC with teeny weeny of ice and 1 jagung. Just right at the time she mimicked Mawi's laugh, I wanted to laugh and suddenly I choked on the ice and jagung!…
2 comments
Read more

I'm not sure lah how many of UniMAPians are following my blog, but there's this news I want to share with you. :)

Check out Portal for more details!

(actually, there's only application form and a German scholarship application form available in portal, so for more details, you are advised to contact the person-in-charge directly instead of asking your academic lecturers because they wouldn't know much about this anyway.)

Plus, this is only available for Second Year student, where this programme will be carried out during the Industrial Training period. (I think this is what it is, unless they change the 'policy' now.)

So, try your luck! Apply and go for a round of like-hell-punya interview and go travel!!

Check out my posts with the tag 'China' for more 'personal' information about being involved in this student exchange programme :) Seronok!!
4 comments
Read more 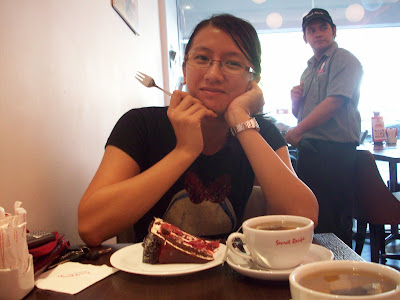 I've been thinking of few run-away places in Perlis as it is so freaking hot in hostel!!! It is like microwave already and we're like the chicken waiting to be roasted! Yo bloody hot...

For the past few days I've been running to library to get some free air-cond, but not online as dozens other students are flooding the place too, which leads to study booth full-house and utter slow wireless. ArGhhhh....


^Hanging out at hostel's 'front yard' before the sky is dark

I watched this movie the other day and I cried! 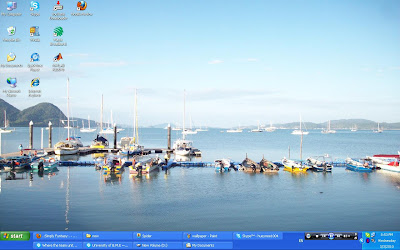 Q1. You have to print screen wallpaper that you are using right now

It's my most favourite picture I took during my Langkawi trip. :) Don't you feel calm and serene by looking at that view?

Although I don't own a high-end DSLR or jumbo camera, I still managed to snap a nice shot. So, I'm quite a picture taker too hah? ;) (Don't really want to address myself as a 'photography' cuz I am so far from that) 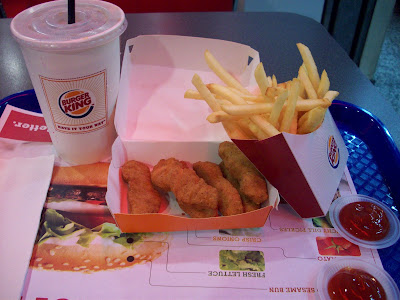 Despite unable to spend the whole CNY week at my hometown, I'm glad I was there with my bestest besties for moral and physical support (bullying groom and hengdai part) in her wedding. :)

I took the night bus on 17th from Kota Bharu to KL, had a shower in KL Sentral, some refreshment McD breakfast, then headed to the airport by airport coach.

I was at the airport early, so I tried to look for a spot to waste my time while waiting for Shien's flight to arrive from Kota Bharu. Unfortunately, KLIA doesn't have Starbucks or Coffee Bean or something like that, so this was where I went.

Boarded the plane at 2.30pm, yet the plane was delayed because Engine no.2 was broken!! That's what the captain said, according to Audrey, Jas's sister-in-law. Oh, btw, we boarded the same flight with Jas's brother and his family :)


^The awesome bird's-eye's view of Putrajaya 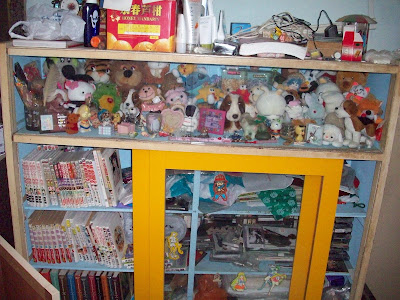 CNY is 'officially' over, yet I'm just getting started with the CNY post. Nonetheless SLOWPOKE Nee!!!

I had a busy CNY break, although it's a week long.

And, it's the first time in so many years that Chu Yi (The first day of CNY) fall on Sunday, which means we the University students practically have a week long of CNY holiday!! So don't have to susah payah squeeze your time to go this fella's house rush to that fella's house, you have so many days to spare!

I wasn't have enough time for the spring-cleaning thing, since I went back on Thursday night. (The cute part is, my fav lecturer asked me first before he arranged the time for mid term test, as I am the only chinese in his class, and he was concerned in case I went back early!)

I didn't contribute in the living room area, yet I was busy tidying up my own room. Too many rubbish you would say.


^One of my favourite corner in my room


^Another favourite corner in my room