LOL sounds like a weirdo loner with solitary soul haha! No lah, I am happy to have a bike ride buddy but I always spontaneously go out for a ride (or gym or whatever fitness related), I mean, if I suddenly feel shiok then I just go, for example if I wake up at 7.30am I got that mood I will just go, so it’s nearly impossible to jio people beforehand. Call people up on a Sunday morning at 7.30am for bicycle ride, siao ar!?

P/S: Haha found another similarity between me and Hon, this is his pattern on traveling.

I had a dinner gathering on Friday night which ended kinda late, so I slept in on Saturday (say only slept in, biological clock woke me up at 9am… KNS!).

On Saturday night, the sky was not reddish (reddish being one of the indicators of raining at night) but there's some lightning, so I thought it's gonna rain the next day and felt disappointed, but I still prepared my gear lah just in case. Fortunately, the weather loves me :)

Started my ride at about 8am, and tried another route: Jejawi - Mata Ayer - Santan. 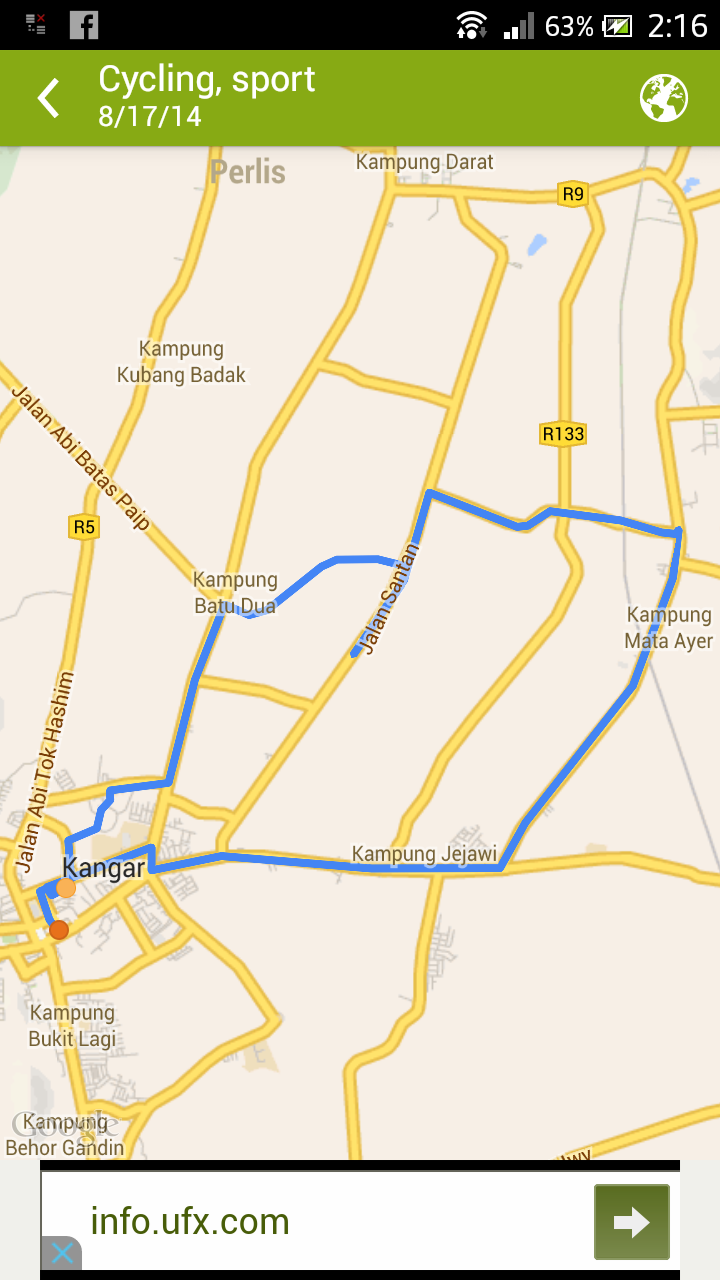 Kinda shiok lah coz I passed two railroad flyovers! Hehe... You see the grey color line that crosses through the blue colored line at Kampung Mata Ayer? That's the railroad. The elevation is like, 73 m, according to my Endomondo record below. 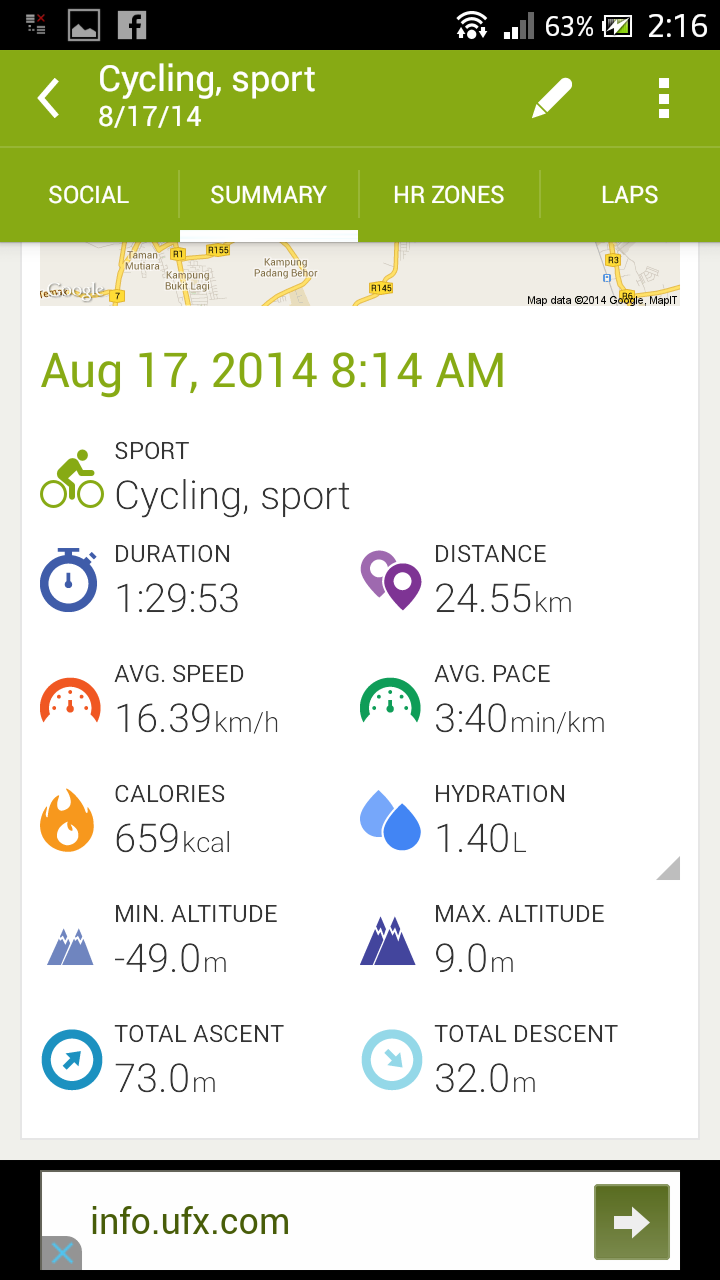 This route is really fun coz despite the shorter distance, it burns more calories, the ascending and descending means I get to play with my gears more often, love the descending part very much haha, and OMG the view on top of the flyover is simply breathtaking!


The backdrop on the right is Bukit Keteri, standing tall and tough in the middle of flatland. One thing I love about (cycling in) Perlis is that, in the vast range of flatland, there it stands a hill like Bukit Keteri here or a hill range like the one at Kangar town. Of course Alor Setar too like Gunung Keriang.

Another great thing about cycling is also because, you can stop anywhere you like for photo capturing, like the two above. Initially I almost missed this road, then I spotted a flyover. Yippie! I made my turn, went up to the top of the flyover, Awwww-ed, stopped and took pictures. I even crossed the road after realizing the view from the opposite side was better. You can't actually do that when you are driving, especially on a flyover, above a railroad. Less traffic, beautiful view, what's more to hope for :)

Besides solo rides, I get addicted in mapping and finding new routes for buddy rides, up to the extent that I purposely drive around to get the route, distance, and what to expect of the surrounding, the view and such. Because of this, I found my most favorite road in Perlis! It is the red road which I marked on the previous post, and I've purposely passed it for 4 times, I can't wait to ride on it! A buddy is much needed in a route that is far, very low traffic flow, very low human flow, and in the middle of nowhere. I wouldn't mind riding solo, I just don't want to take the risk.

After few cycling rounds, I think my folding bike or foldie deserves an introduction? Haha!

I got my foldie from my aunt. She owns a motorbike repair workshop and she knows a lot of motorbike and bicycles workshops as well as spare part shops, so I asked her if she can get a quote for a folding bike. Next thing you know, the foldie was in the house! We wanted to pay but she refused to take the money, even packed it in ang pow and gave back to mom, so we never know how much the foldie is. Same thing happened to Er Jie few months later. So paiseh we got two foldies for free!

The foldie is of a brand called Element and the model is Cobra. I Googled it up and wah all Indonesian pages, so I assumed it is made in Indonesia. Here's the spec that I got from this website: It comes with 20 inch wheels, 20 inch aluminium alloy material folding frame, aluminium alloy rim, steel fork, 7 speed Shimano Tourney Thumb Shifter, Wanda tires, mudguard, foldable pedals and kick stand.

When I first got the foldie, the main body folding frame was so tight it took two person to unfold. So, up until now, the foldie was only folded, errmm, when it first arrived at my house, when I transported it to Perlis, and... that's it! It was so tight I don't even want to fold it anymore. Luckily the space at my house's staircase entrance is the same length as the foldie unfolded, so all I have to do to keep it is fold the handlebar stem down, fold one pedal, and park. It doesn't take much width space, almost like the width of a shoe box.